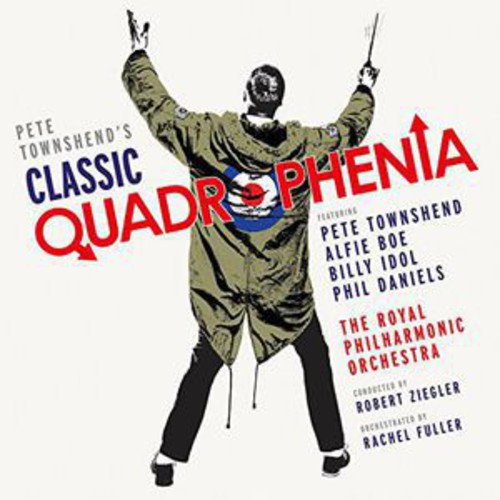 As a leading icon of the British music revolution of the 1960s, Pete Townshend made his name by creating the power chord, smashing guitars onstage, and penning anthems of teenage rebellion like My Generation. Now, at almost 70 years old and half a century after he penned the archetypal rock lyric Hope I die before I get old , Townshend has created a classical version of one of The Who s landmark albums Quadrophenia for a symphony orchestra, opera singer and choir.

The new symphonised version of Quadrophenia, an album originally released by The Who in 1973, was orchestrated by Rachel Fuller, a professional composer, orchestrator and singer-songwriter in her own right and also the partner of Pete Townshend.
It will be released by the Deutsche Grammophon label, internationally renowned for its repertoire of classical and opera music, and launched next summer with a world premiere concert at the Royal Albert Hall, performed by the Royal Philharmonic Orchestra and London Oriana Choir.

The project is the latest chapter in Townshend s lifelong mission to break the three-minute mould of the traditional pop song and take rock music to a higher artistic level. In the 1960s he defined the concept of the rock opera with Tommy, taking it a stage further with Quadrophenia.
Conceived and written by Townshend in 1973, Quadrophenia went on to become a feature film and a theatre production, and was performed in its entirety on The Who s most recent live tour. For the last three years Townshend has worked closely with Rachel Fuller on brand-new arrangements for orchestra, soloists and choir.

Recorded with the Royal Philharmonic Orchestra in October 2014 at London s legendary Air Studios, the new incarnation of this classic rock opera is conducted by Robert Ziegler and features popular British tenor Alfie Boe on vocals, with Townshend himself on electric guitar and performing cameo vocal roles. Townshend will reprise his roles at the live world premiere at the Royal Albert Hall in London on 5 July 2015, alongside the RPO, Ziegler, Boe and other star guests.

The rock superstar began work on the project as part of his plan to leave a legacy of all his work arranged for orchestra as sheet music, for future generations to enjoy. Townshend hopes the new work will go on to become a regular part of the orchestral repertoire and boost attendance at classical concerts.

Rachel Fuller, who was born in the year Quadrophenia was first released, admits she had never heard The Who s album until several years after she first met Townshend in a London recording studio, while he was rehearsing for The Who s 1996 tour of that album and she was working with Ute Lemper.

I loved it as soon as I heard it about ten years ago, she says. For me it s been an act of love to orchestrate it for Pete. It s also been a joy to work on because it is very orchestral by nature, even as a rock album, so it was very easy to arrange for an orchestra. And I ve remained really faithful to the original tracks because he s the composer and I want to honour his work.