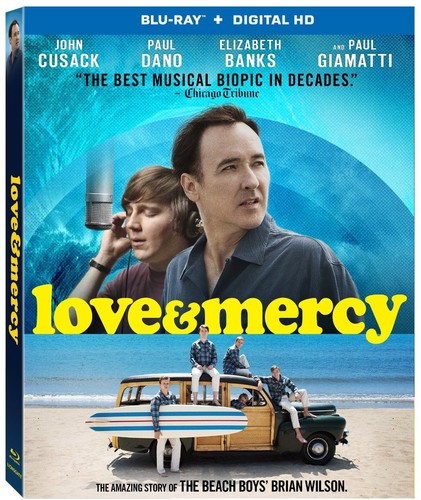 Bill Pohlad's Love & Mercy, a biopic of Beach Boys mastermind Brian Wilson, focuses on two distinct periods in the songwriter's life. One timeline follows Wilson (played as a younger man by Paul Dano) as he quits performing live in order to focus on the creation of the album Pet Sounds, the single "Good Vibrations,"" and the eventually discarded album Smile. During this period of intense work, Wilson's mental-health issues grow worse. The other section of the film features John Cusack as an older Wilson, as he attempts to escape the influence of a manipulative doctor (Paul Giamatti) who has become a totalitarian guru to him. Helping him in this endeavor is a car saleswoman named Melinda (Elizabeth Banks). Love & Mercy screened at the 2014 Toronto International Film Festival.