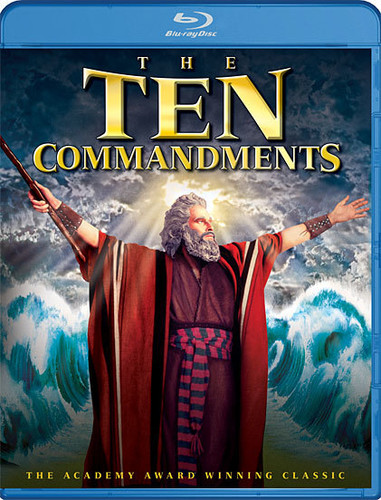 Cecil B. DeMille's final film was this grand-scale religious epic starring Charlton Heston as Moses, an adopted Egyptian prince chosen by God to abandon a life of luxury and lead his fellow Israelites out of slavery. The flight from Egypt, the parting of the Red Sea, and Moses' receiving of the Commandments are among this classic film's many highlights. With Edward G. Robinson, Yul Brynner, Anne Baxter, Yvonne de Carlo, and a cast of thousands. 3 3/4 hrs. Widescreen (Enhanced); Soundtrack: English Dolby Digital 5.1.