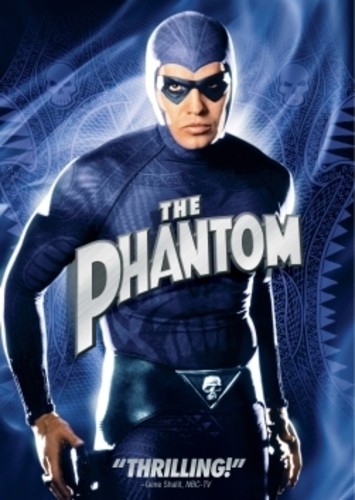 The first superhero ever, created by Lee Falk in 1936, gets another shot at movie stardom 60 years after achieving fame in comics and serials. Billy Zane stars as Kit Walker, who discovers that he's the 21st in a line of purple-clad African superheroes known as "The Phantom" or, to superstitious Bengalla Island natives, "the Ghost Who Walks." When he's not fighting the evil Singh Brotherhood with his faithful wolf Devil and white horse Hero, The Phantom lives in the hidden Skull Cave. Kit discovers that Xander Drax (Treat Williams), a slimy industrialist, is plotting to take over the world by uniting the three long lost magical Skulls of Touganda. So he travels to New York, where he finds allies in crusading newspaper publisher Dave (Bill Smitrovich) and his niece, Diana (Kristy Swanson), who's also Kit's ex-girlfriend. Kit and Diana tackle Drax's forces, including the conflicted Sala (Catherine Zeta-Jones), in a quest for the Skulls that brings both sides back to Bengalla for a showdown.
back to top