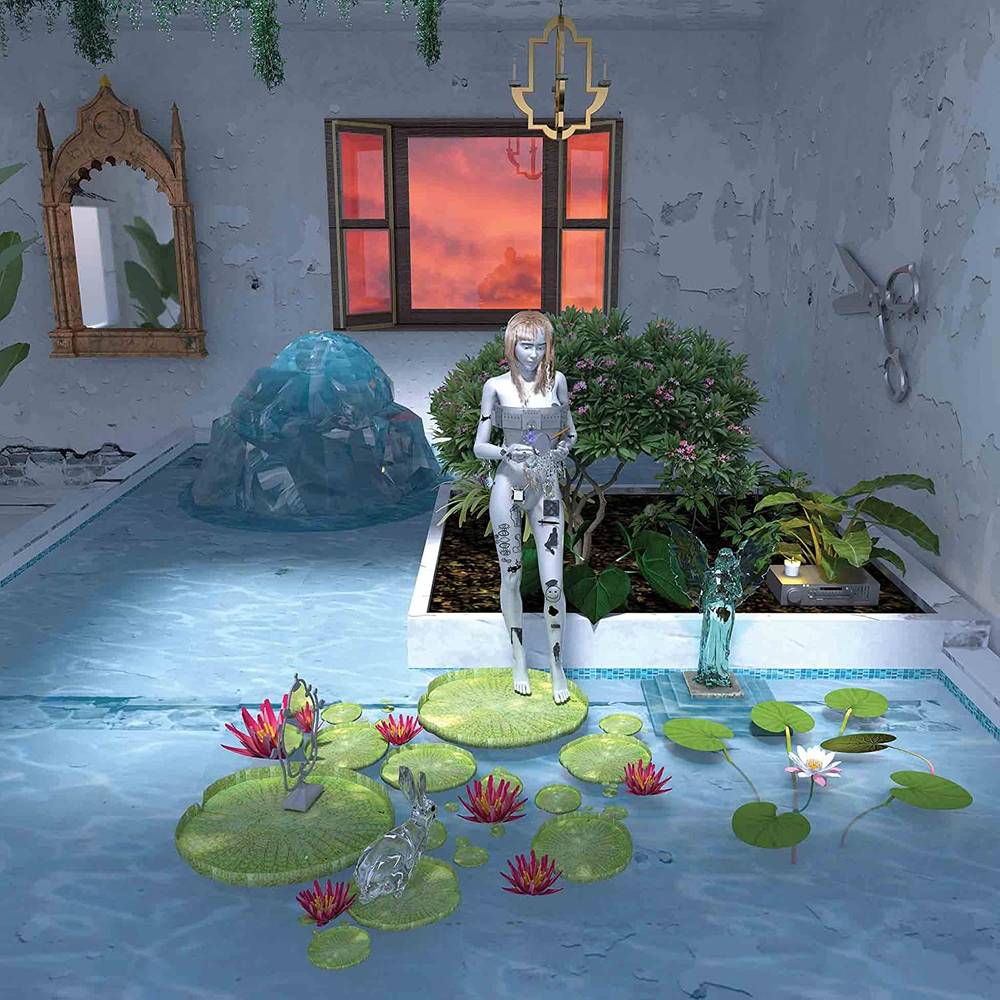 "I want total freedom, total possibility, total acceptance. I want to fall in love with the rock." That's how Lillie West describes the theme of "DIVER," the song she calls the thesis of Lala Lala's third record, I Want The Door To Open. The rock in question is a reference to Sisyphus, the mythical figure doomed by the gods to forever push a boulder up from the depths of hell. To West, it is the perfect metaphor for, in her words, "the labor of living, of figuring out who you are, what's wrong with you, what's right with you." Coming off of 2018's acclaimed The Lamb, an introspective indie rock album recorded live with a three-piece band, West knew she was ready to make something sonically bigger and thematically more outward-looking than anything she'd done before; a record that would be less a straightforward documentation of her own personal struggles and more like a poem or a puzzle box, with sonic and lyrical clues that would allow the listener to, as the title says, open the door to the greater meaning of those struggles. The result is I Want The Door To Open, a bold exploration of persona and presence from an artist questioning how to be herself fully in a world where the self is in constant negotiation. From the moment West declares "I want to look right into the camera" over a cascade of dreamy vocal loops on opening track "Lava," I Want The Door To Open distinguishes itself from anything she's done before in scope and intensity. The ultra-magnified iteration of Lala Lala is fully encapsulated in the monumental "DIVER." Inspired by a character from a Jennifer Egan novel, it's a pop song of Kate Bush-esque proportions replete with layered synths and booming, wide open drumming by fellow Chicago musician Nnamdi Ogbonnaya, and West pushing her vocals to the ragged edge. I Want The Door To Open is a musical quest undertaken with the knowledge that the titular door may never open; but it is through falling in love with the quest itself that one may find the closest thing to total freedom, total possibility, and total acceptance available to us on this plane of existence.