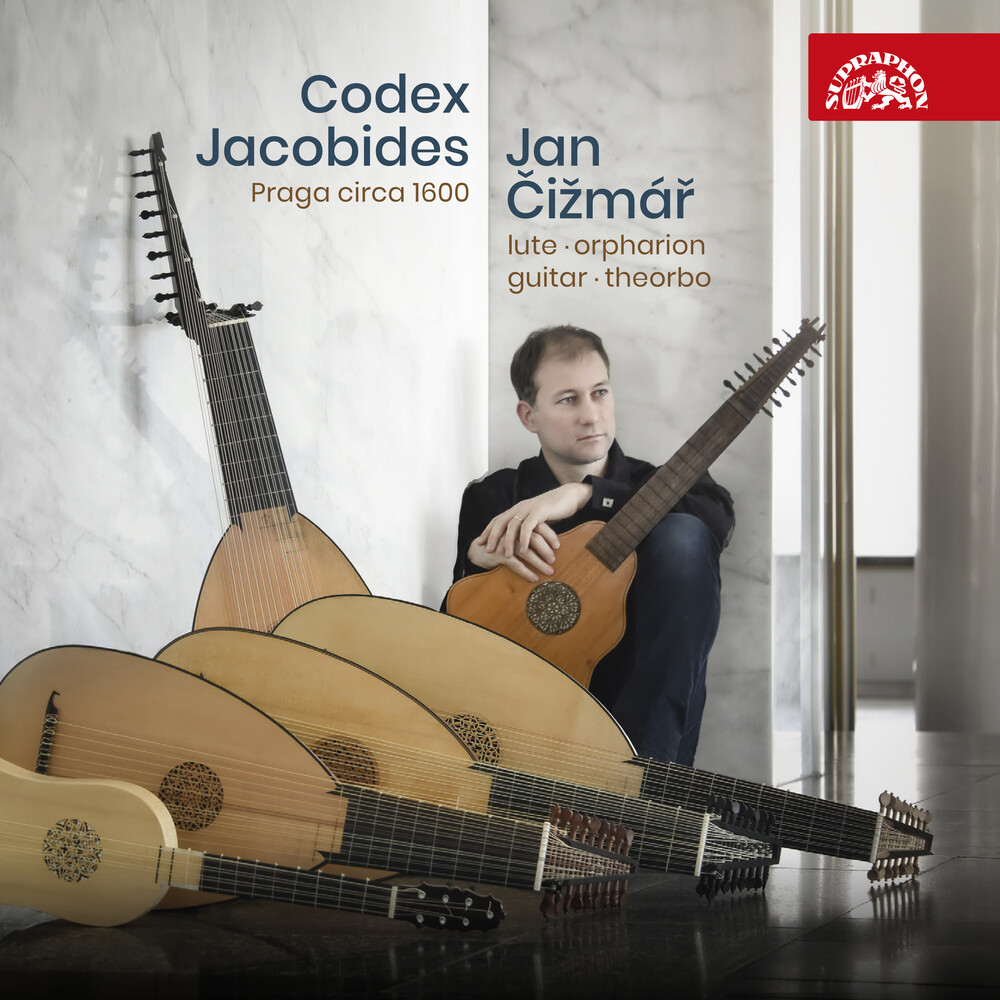 The lute, undoubtedly the most popular instrument of European townsfolk and aristocrats in the 16th and 17th centuries, was widely played in Prague during the reign of Emperor Rudolf II. A manuscript of lute tablatures known as the Codex Jacobides was in all likelihood written by a musically gifted student of the Prague University in the early 17th century. It features notations of period dances, intabulations of songs, and vocal polyphonic secular and sacred pieces; miniatures of German, English, French, Italian, Polish and Spanish provenience. Extremely intriguing are the intabulations of vocal villanelle by Jacob Regnart, who served as Kapellmeister at Rudolf II's court in Prague. Originally set to German texts, these pieces had found their way from Prague Castle to the city beneath, where - furnished with Czech lyrics - they lived a life of their own. The Codex Jacobides also contains works by Michael Praetorius, John Dowland and Jean Planson. Jan Cizmár studied the lute in London and The Hague with true masters (J. Lindberg, N. North, J. Held, M. Fentross, C. Pluhar), and today he is a sought-after soloist and chamber musician, performing worldwide. On the album, eight string instruments of various sizes and tunings are heard in a number of combinations, occasionally accompanied by a flute or lute ensemble and voice. Affording a taste of the music performed in Prague under Rudolf II, the album is a true delicacy for connoisseurs and all music lovers alike. Lute music that during the reign of Rudolf II was played in Prague streets and taverns, as well as at the local university.