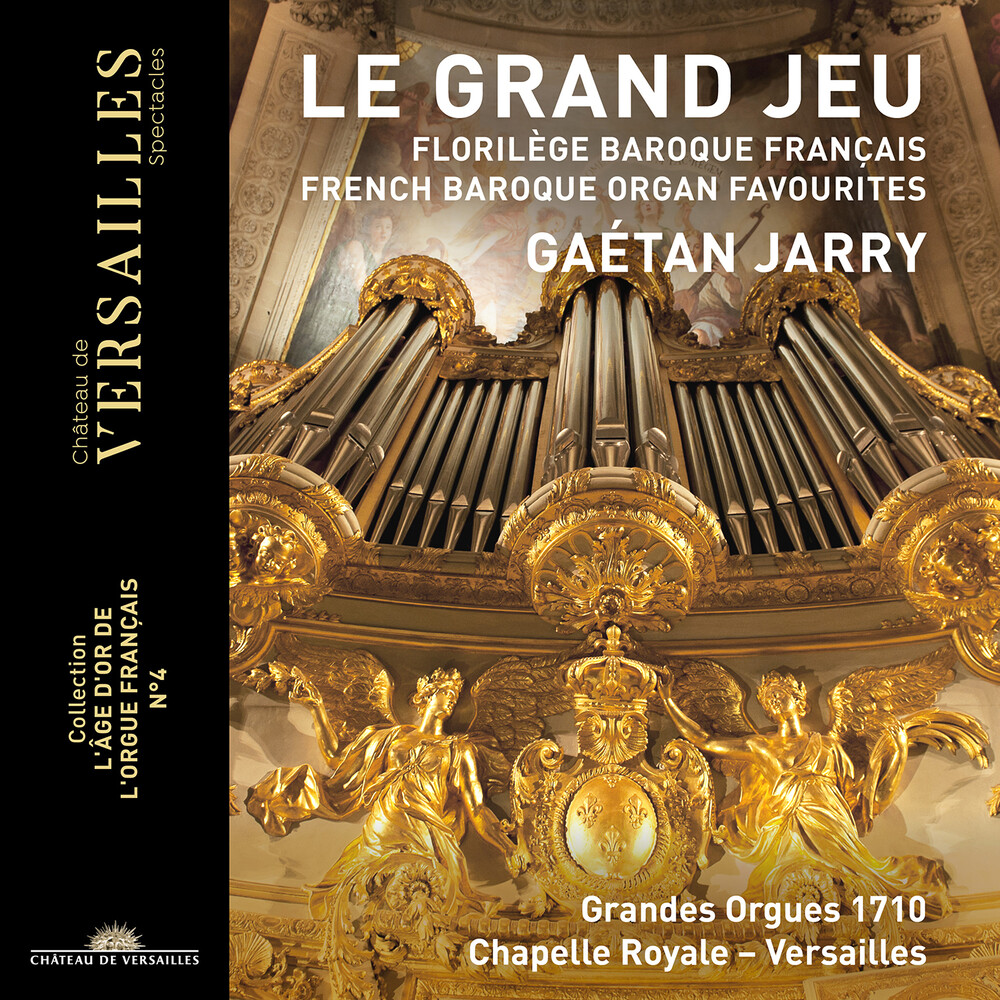 This is a sort of self-portrait of the Great Organ of the Royal Chapel of Versailles, delivering all it's aspects, enhanced by the choice of a repertoire emblematic of the baroque era: the major classic French organ works (Couperin, Marchand, de Grigny, Corrette) composed to glorify the very specific aesthetics of instruments like that of Louis XIV's Chapel; but also to reveal it's other sound riches, transcriptions of chefs d'oeuvres, from Le Sommeil d'Atys by Lully, to the contredanses of Rameau's Boréades. To add a new dimension to the organ's sound universe and to enhance it's orchestral qualities, modern editing and "re-recording" processes were gently used to serve the superposition of musical voices, as if invisible hands filled in for the organist in certain works, which are true Proust's "madeleines" for Gaétan Jarry. He goes all out to play the instrument of Versailles "for the Glory of God and the King"!