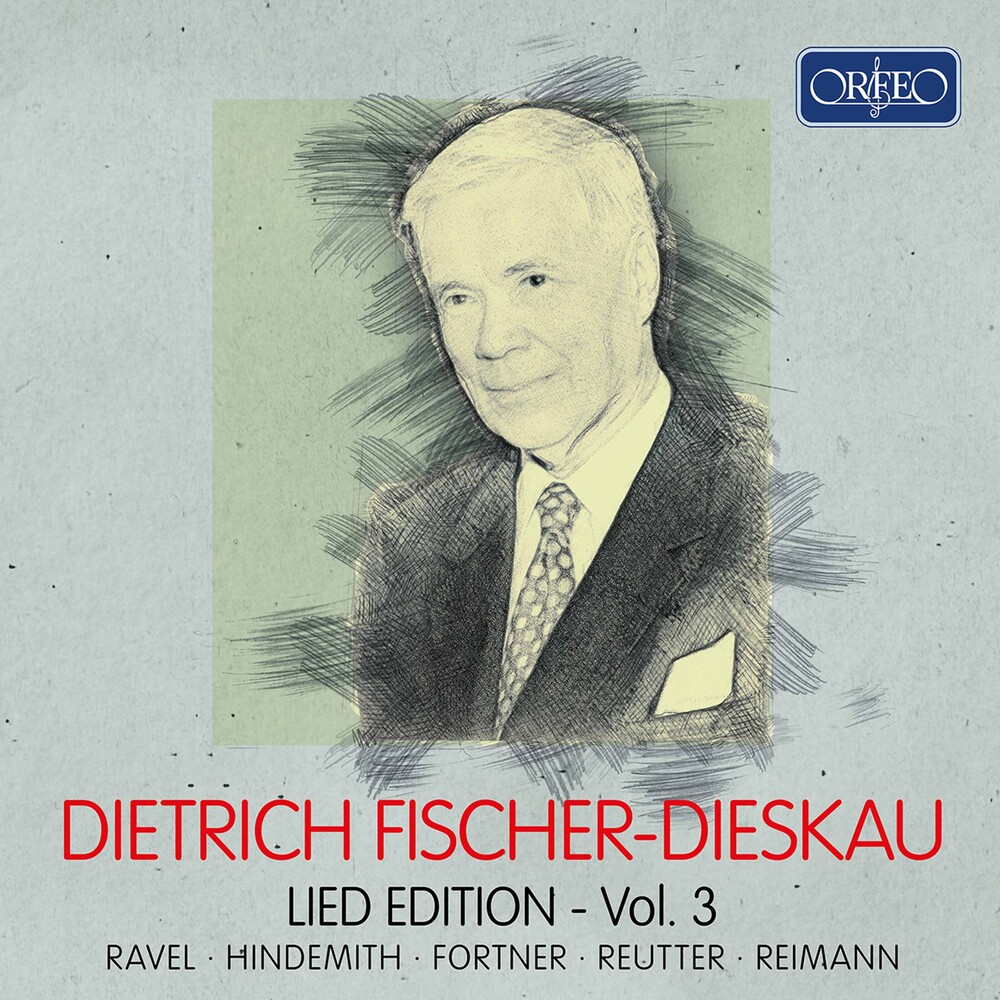 Even a quarter of a century after the end of his active career as a singer, nothing has changed concerning Dietrich Fischer-Dieskau's preeminent status in the history of performing song. It is above all the Lied performer Fischer-Dieskau who set standards that have remained valid far beyond his time. The anthologies compiled in Vol. 3 of the Dietrich Fischer-Dieskau Lied-Editon testify to the singer's never-waning curiosity and to his responsibility towards the history of the present genre. In conjunction with Hartmut Höll, his favorite accompanist in later years, Dietrich Fischer-Dieskau presents a highly attractive program to the songs by Maurice Ravel, which only sporadically appear in concert halls outside France. In the overall ouvre by German composer Paul Hindemith, too, the song does not play a dominant role. In this recording, a major role in the both natural and haunting interpretation of the songs is played by accompanist Aribert Reimann, who had composed the four-movement cantata Unrevealed for Fischer-Dieskau only a few years earlier. It was also in co-operation with Aribert Reimann, who headed a song class in Berlin, that the song anthologies devoted to Hermann Reutter and Wolfgang Fortner were compiled and that complete our edition.