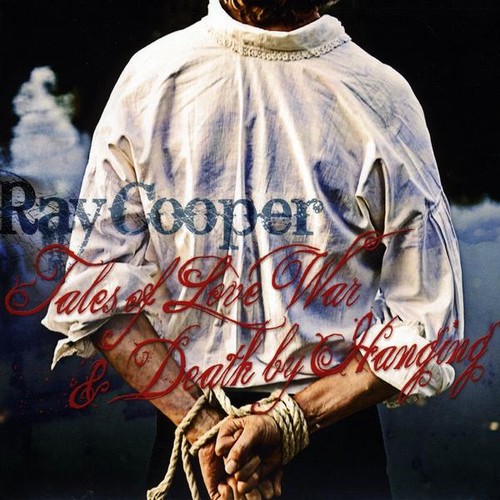 Tales of Love War and Death by Hanging shows Ray's voice off to full effect as well as his song writing and multi-instrumental skills. Although most of the songs are self penned, there is a generous sprinkling of traditional material from Scotland and Sweden. The heart of the album lies somewhere between the old world and the new, at times giving a pithy relevance to events that happened in the distant past. Ray produced and recorded this album in a small log cabin in Sweden, accompanying himself on cello, harmonium, guitar, mandolin, mandola, harmonica and kantele. A friend, the fiddle player Patrik Andersson (won Norwegian Folk Awards for 'best dance album 2008') helped out with string arrangements, contributing violin, viola and hardanger fiddle. The sound is simple but at times evokes a much bigger scale. Ray cites influences such as; T-Bone Burnett, Enio Morricone, Johnny Cash and June Tabor to name but a few. The recordings then came to the Brighton UK for some additional overdubs and mixing with executive producer Al Scott.
back to top