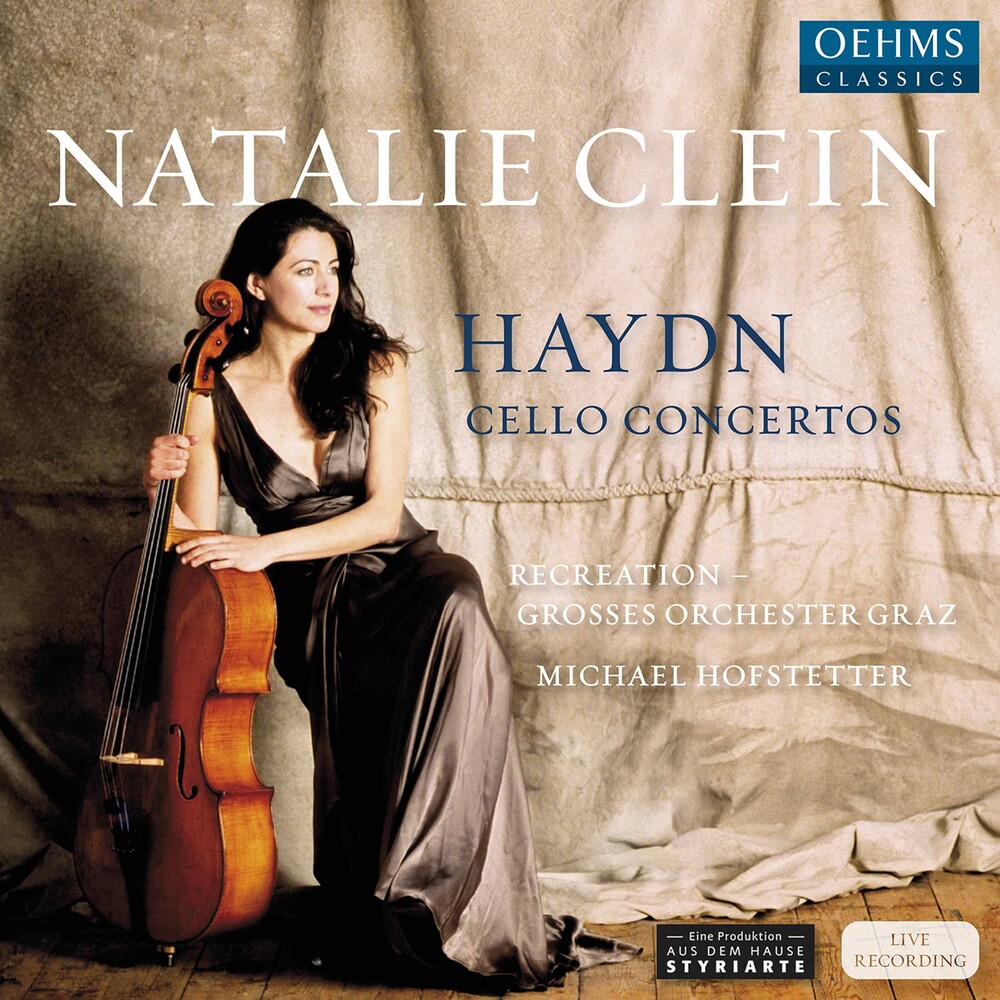 Only two authentic cello concertos by Joseph Haydn have survived: the first in C major, composed in the convoluted manner of the early 1760s, and the second in D major in the classical style of the 1780s. This live concert recording featuring Natalie Clein and the recreation - Großes Orchester Graz under the direction of Michael Hofstetter immerses the listener in the soundscape of the Haydn period. Playing on a 1777 Guadagnini, Natalie Clein decided to reflect the spirit of Haydn's sound world by playing on gut strings rather than steel. She also chose to use a lighter bow than usual. She improvised the cadenzas, which is entirely in keeping with the performance practice of Haydn's time. In doing so, this recording melds both historical and living performance practices. Born in the United Kingdom, Natalie Clein came to widespread attention at the age of sixteen when she won both the BBC Young Musician of the Year and the Eurovision Competition for Young Musicians in Warsaw. Described by The Times as 'mesmerising' and 'soaringly passionate', she has built a distinguished career, regularly performing at major venues and with orchestras worldwide. The recreation - Großes Orchester Graz brings together musicians from many European nations and unites many guest musicians across borders.