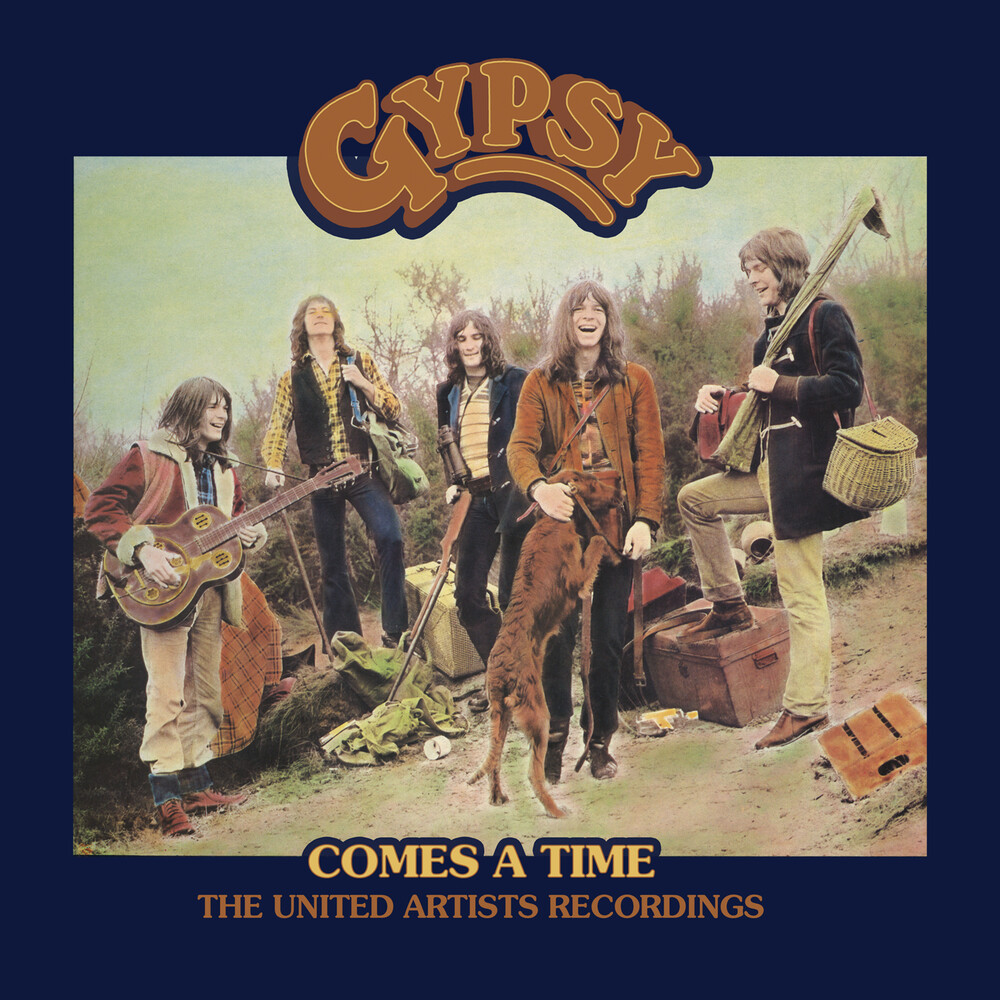 A new re-mastered and expanded two CD set of all the United Artists recordings from 1971 and 1972 by British Prog-West Coast-influenced rock band Gypsy who evolved from the Leicester based band Legay. The band featured Robin Pizer (vocals, guitar), John Knapp (guitar, keyboards), Rod Read (guitar), David McCarthy (bass / vocals) and David 'Moth' Smith (drums). Influenced by US West Coast bands such as Buffalo Springfield, Moby Grape and HP Lovecraft the band forged their own unique style and played the UK live music circuit supporting The Who and Led Zeppelin as well as playing at the 1969 Isle of Wight Festival. The band's debut album, 'Gypsy', was issued in early 1971 and increased their cult following, their reputation spreading wider with the non-album single 'Changes Coming' which led to them performing on Top of the Pops. In 1972 they released 'Brenda And The Rattlesnake' produced by John Anthony (Lindisfarne, Van der Graaf Generator, Genesis and Rare Bird). The album saw highly rated Ray Martinez replace Rod Read and was a more polished affair but despite gaining good reviews and being hailed as a potential breakthrough act, Gypsy failed to make commercial headway and were eventually dropped by United Artists in 1973. This release has been remastered from the original master tapes and gathers together all the GYPSY recordings issued by UA in 1971 and 1972. It also features a booklet featuring a new interview with John Knapp.
back to top