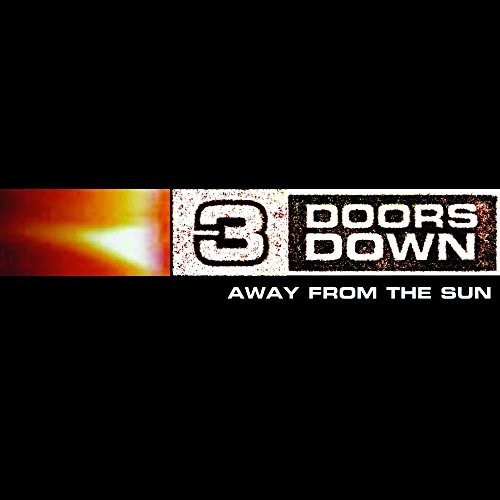 Away From The Sun [LP]
Artist: 3 Doors Down
Format: Vinyl
New: Not in stock
Wish

Double vinyl LP pressing. Away From The Sun is the second studio album by American rock band 3 Doors Down, released on November 12, 2002. The singles released for the album were as follows: "When I'm Gone", "The Road I'm On", "Here Without You" and "Away from the Sun". The recording sessions took place during the summer of 2002 with producer/engineer Rick Parashar at London Bridge Studios, in Seattle, Washington. The album has sold four million copies worldwide, including well over three million in the US alone. 3 Doors Down formed in 1996. The band rose to international fame with their first single.