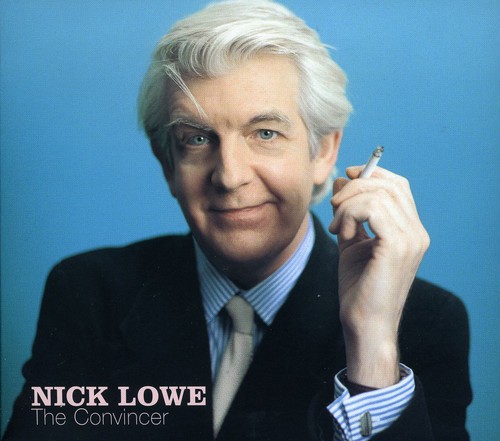 Nick continued his hot streak of warm, introspective recordings with this 2001 release, which beautifully balances wry wit and stark emotional honesty. He taps soul, blues, R&B and country as he charms with Has She Got a Friend? Homewrecker; I'm a Mess; Bygones (Won't Go); Cupid Must Be Angry ; Johnny Rivers' Poor Side of Town, and more on CD or vinyl!

''The Convincer'' is a 2001 studio album by British singer-songwriter Nick Lowe. Produced by Lowe and Neil Brockbank, it was released in Europe by Proper Records and by Yep Roc Records in the USA. - Wikipedia