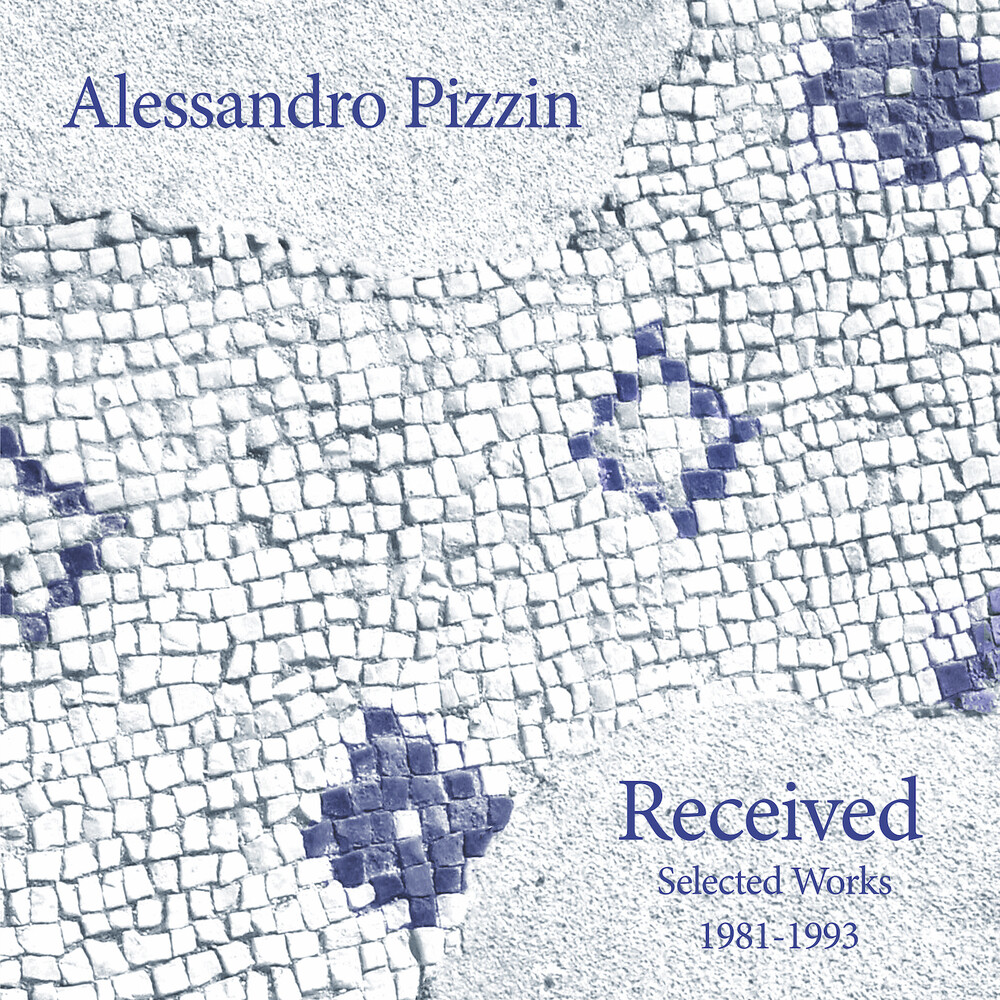 Alessandro Pizzin's production work resonates far and wide throughout the prolific music scene of 1980s Venice, Italy. His work as one half of the influential experimental combo RUINS gave way to his later productions as a founding member of the acclaimed ambient electronic group Wind Project, whose whose complete works were recently reissued on CD. Though Pizzin's sonic fingerprint is present throughout many landmark recordings of the minimalist and experimental Venetian music scene, his groundbreaking works as a solo producer were only quietly released on his own EXPLORA label in the early 1990s - until now. Received: Selected Works 1981-1993, compiled by Incidental Music in collaboration with the artist, provides a valuable retrospective overview of Pizzin's solo material - from some of his earliest Fluxus-inspired work of the 1980s to the rich sonic palette of his early '90s CD material. The pieces featured on 'Received' touch upon the atmospheric and polychromatic sounds of Pizzin's electronic work, often developed in conjunction with various occasions of art shows, grandiose chapel productions, and even a natural birth method training video - such as the ethereal Hiroshi Yoshimura-esque 'Sunset on a hill' - a previously unreleased piece commissioned by a natural birth center in Venice. Other compositions, such as 'In loving memory' and the previously unreleased 'Francesco (live in studio)' exhibit the profound emotive range of Pizzin's compositions, at times evoking the eclectic environmental works of Brian Eno as well as Italian musical contemporaries Piero Milesi, Riccardo Sinigaglia, and Pepe Maina. Compiled by Incidental Music in collaboration with the artist, Received: Selected Works 1981-1993 includes extensive track-by-track liner notes, giving a comprehensive and critical overview of Alessandro Pizzin's solo career. Out on vinyl and digital formats December 13, 2019.