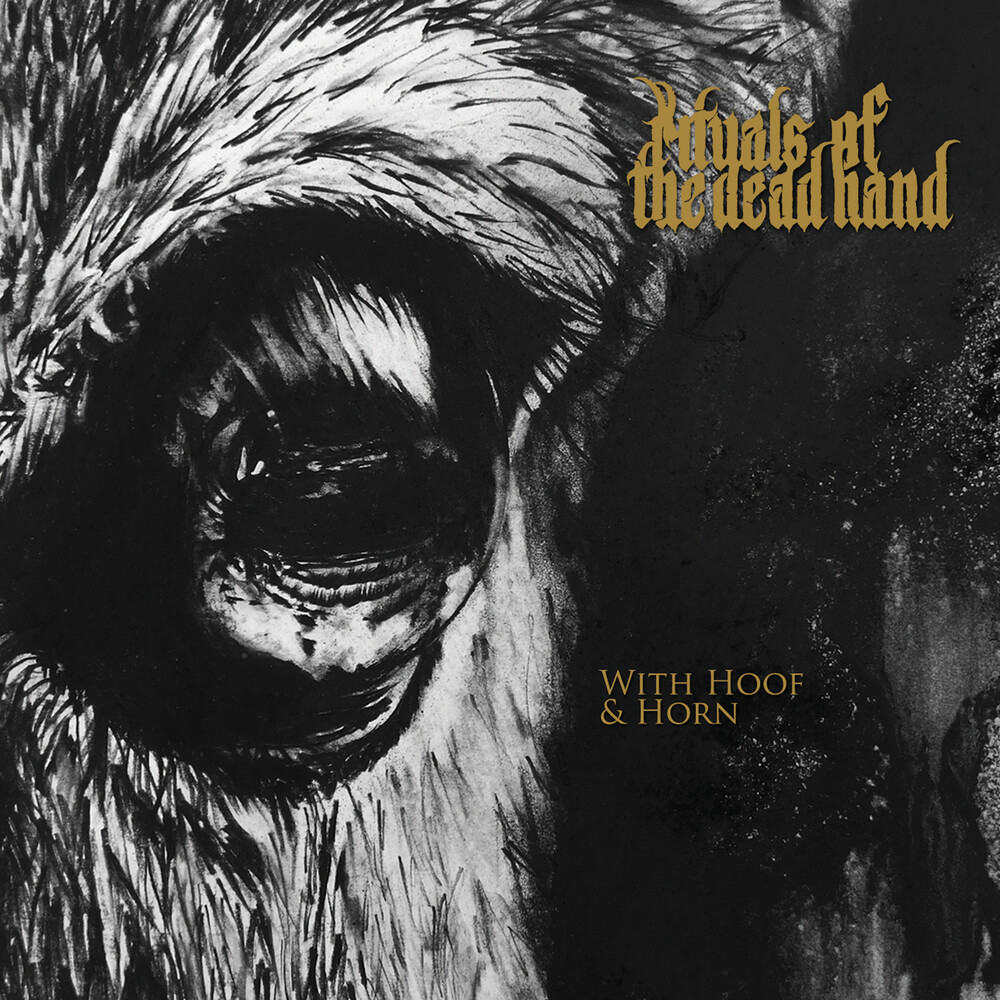 Noble Jewelcase Edition with 8-Page Booklet with Golden-Pantone print In 2018 the world witnessed the reincarnation of the infamous 'Buckriders', various gangs of vile robbers who terrorized the borderlands of Belgium, Germany and The Netherlands in the late 18th century. Led by their menacing captain, they sold their souls to the Devil, rode by night on the backs of flying goats and mercilessly pillaged and burned the houses of god-fearing Christians across the dim and bleak marshlands... The unholy Belgian three piece known as Rituals of the Dead Hand, fully embraced this piece of dark folklore and translated it into a relentless attack of old school death/black metal on their debut 'Blood Oath', an album hailed by critics and fans alike. Now, three years later, the shadows are moving again... On their second offering 'With Hoof And Horn', Rituals of the Dead Hand walks the same path of no-nonsense, old school extreme metal updated in a modern and contemporary atmosphere. Again, the four lengthy tracks dive into the legends, myths and tales of the notorious robbers who were ultimately caught, tortured, trialed and executed for their horrific and blasphemous acts... Truth or legend? Simple folklore or further proof that the Devil is always lurking in the dark, especially behind man's most sacrilegious deeds? Whatever your answer is, with 'With Hoof And Horn', the Buckriders will ride again! Fans of Burzum, The Ruins Of Beverast, Bolt Thrower and Urfaust will not be dissapointed. Vocals, Bass, Guitars & Samples recirded by Lykaios at Crestfallen July/August 2020. Drums recorded and mixed/mastered by Jan Lathouwers at Studio 8 in August/September 2020. Orchestral Arrangements in Sulphur by Davy Rodiers (Halls Of Stained Glass) & Guest Choir Vocals by Stefan Hex (Voidian). Cover, Demon Drawings and Handlettering by Beleth. Logo, Lay-Out and Design by Lykaios & Jurgen S. Band photo by Istvan Bruggen at Duivelsberg. Executive Production by Dunkelheit Produktionen, 2021. All Rights reserved. WWW. DUNKELHEIT. CC