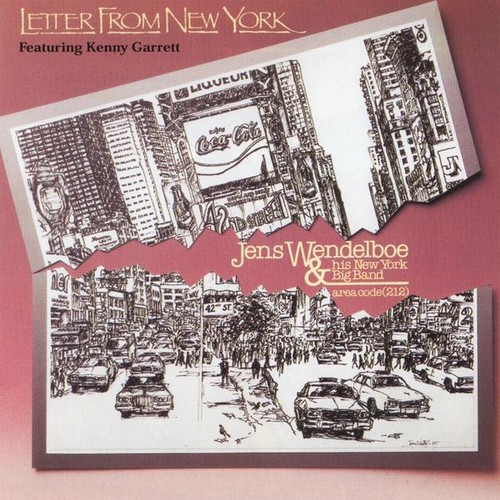 At the time of it's initial release, the talented jazz performer, Jens Wendelboe, was well known in his native Norway but virtually unknown on the other side of the Atlantic - so an album with Americans must have been an intriguing prospect. This one is subtitled ("featuring Kenny Garrett,") which is a bit misleading as Garrett only solos on the first number, "222 E. 75 Str." Other soloists include baritone saxophonist Roger Rosenberg, pianist Richard Sussman, and guitarist Bill Bickford. Wendelboe composed for the album in 1984 and 1985 while studying at the Manhattan School of Music in New York City - hence the title. He only improvises on a few tracks, though, which is a shame because, as usual, his thoughtful and exciting trombone solos complement his excellent writing skills. On "J, We Have No Bananas," Wendelboe splits his solos between acoustic and amplified trombones, displaying a surprisingly accessible, experimental side on the latter. As to be expected, many of the pieces swing lustily, with Wendelboe's signature brass and high volume ensemble work in the forefront. As a composer, Wendelboe layers sounds with hard-driving, tight playing, while exhibiting a characteristic exuberance and sense of humor. The pieces, while fully ensconced in the big band tradition, reflect his diverse training and interests, sometimes borrowing rhythms and motifs from rock and classical genres. Steven Loewy.
This website uses cookies to personalize content and analyse traffic in order to offer you a better experience.
I accept Learn More
back to top