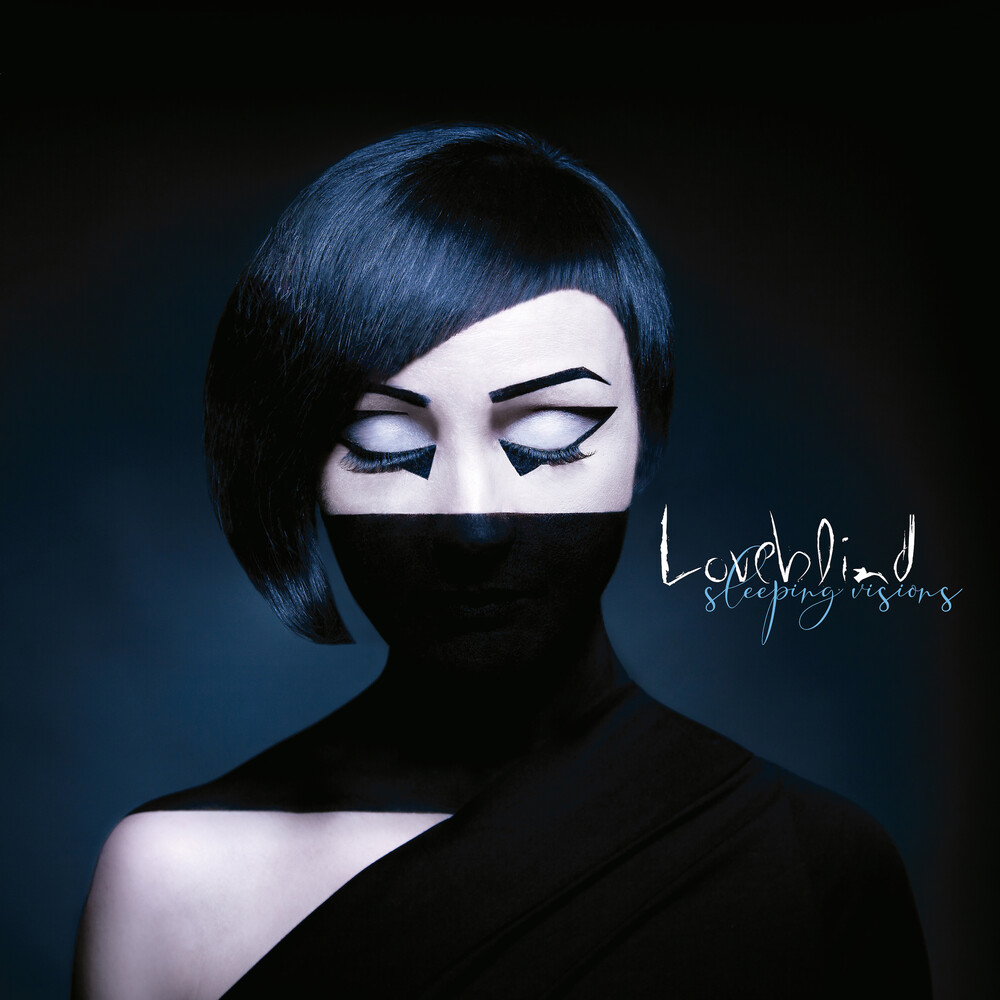 2020 release. While "international synthwave supergroup" is enough of a descriptor to turn some heads, Loveblind are all the more impressive for making music since 2017 without ever having been in the same room. Spearheaded by Saint Marie Records owner Wyatt Parkins, the Texas-based label head initially joined forces with Joshua Garman of Florida's Crash City Saints and soon tapped Germany-based vocalist and songwriter Dorian Electrique of Seasurfer fame for her strikingly icy vocals. Fellow Seasurfer member Mikel Wegener was brought on for bass and guitarist/drummer Neil Burkdoll of Florida's Whimsical rounded out the lineup. With Electrique's vocals kept front and center guiding Sleeping Visions, it's ten songs aim to interpret dreams with as much lucidity as our waking states, but Visions is far from a half-awake listen. If anything, Loveblind's debut introduces a band that not only takes it's members' past pedigrees and distance as a challenge, but a superpower.