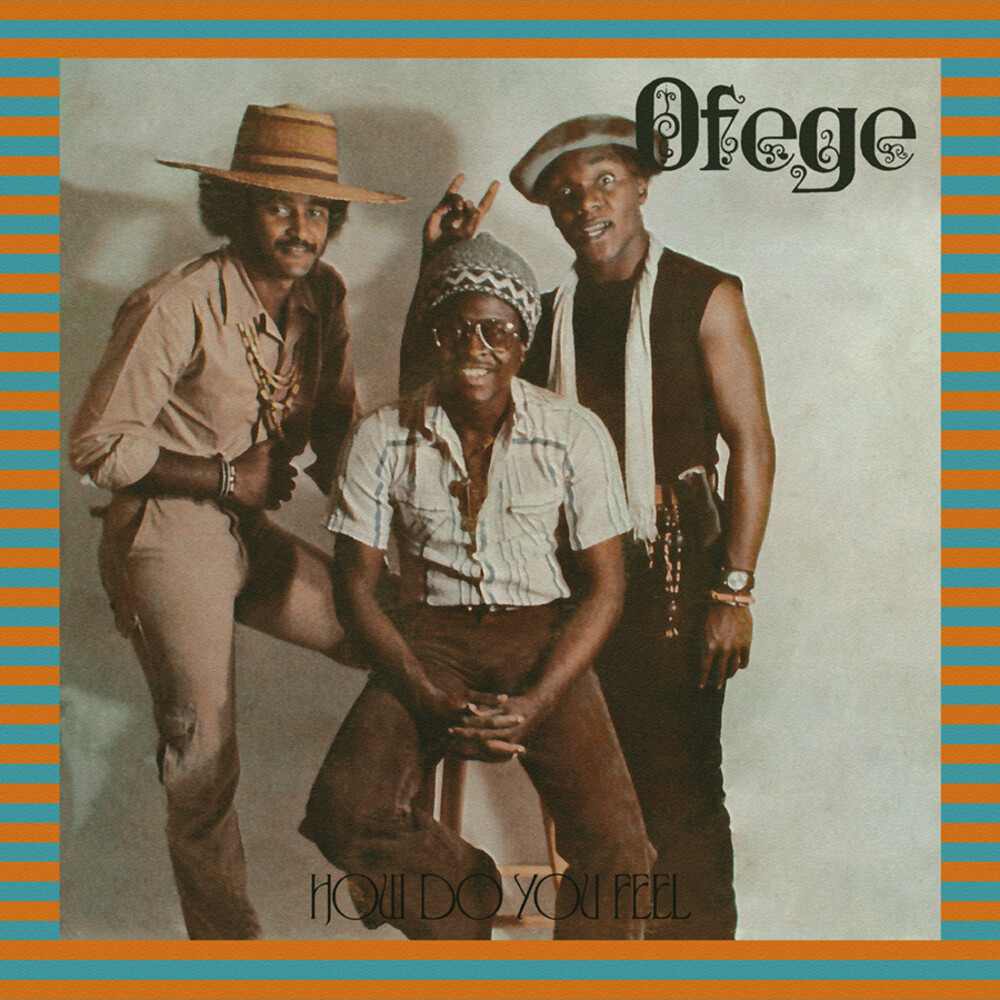 Ofege was formed in the early 1970s by a bunch of teenagers at the St. Gregory?s College in Lagos Nigeria. They were largely influenced by the guitar solos of Carlos Santana, Jeff Beck & Jimmy Page while closer to home, they were influenced by the music of ?BLO?, ?Monomono? (led by Joni Haastrup), ?The Funkees?, and ?Ofo The Black Company?.Due to their vibrant combo of sweet harmonies, hooks & fuzz, Ofege would become one of the most legendary Nigerian groups of all time, with expressive sales and national stardom. At the turn of the century (and because of tracks appearing on various psychedelic music compilations) Ofege would receive international acknowledgment for being the first of their kind and the ultimate West-African psychedelic funk band!Their first album (Try and Love - 1973) was recorded while the band members were still in high school (average age of 16). It took some years before other albums saw the light since some band members still had to finish school. Further astonishing recordings include ?The Last of The Origins? (1976), ?Higher Plane Breeze? (1977) and ?How Do You Feel? (1978).How Do You Feel (released in 1978 on Polydor Nigeria) is Ofege?s fourth (and final) album. On this amazing record, the listener is treated to the trademark Ofege sound, but you can also hear the band absorbing some of the other things that were happening at the time (like disco & reggae). By 1978, North American bands like Funkadelic and the Ohio Players that had formerly purveyed raggedly funky rock were shifting their output exclusively towards slicker, more dancefloor-oriented material. These shifts also applied to bands on the European and African continent?and Ofege was no exception. The difference in sound from their earlier recordings sounds organic and can be attributed to the band's burgeoning maturity & said changes in their musical environment.Next to the regular band-members, this album has some serious ?all-star? guest musicians featured on it as well?Kofi Ayivor (Eddy Grant) on congas, Robert Bailey (Osibisa) on keyboards ?and of course the legendary Jake Sollo (The Funkees) who?s trademark solo-guitar work is all over this Ofege record.How Do You Feel is a an Afrobeat club-classic with some serious funky & spacey disco (of the good kind) mixed through it's tracks?a faithful snapshot of what was actually happening in the African soul music scene at that specific period in time. This album shows a perfect glimpse of the late 70?s afrobeat works combining soul, jazzy rhythms & fluid danceability?but when you listen to songs like 'World Peace' and 'Frustration,' that's just the basic, rootsy and raw Ofege sound.Tidal Waves Music now proudly presents the first reissue of this landmark Nigerian album. This RARE classic (original copies tend to go for large amounts on the secondary market) is now finally back available as a limited vinyl edition (500 copies) complete with the original artwork and exclusive liner notes/pictures provided by Ofege?s founding member ?Melvin Ukachi? who also supervised this reissue.