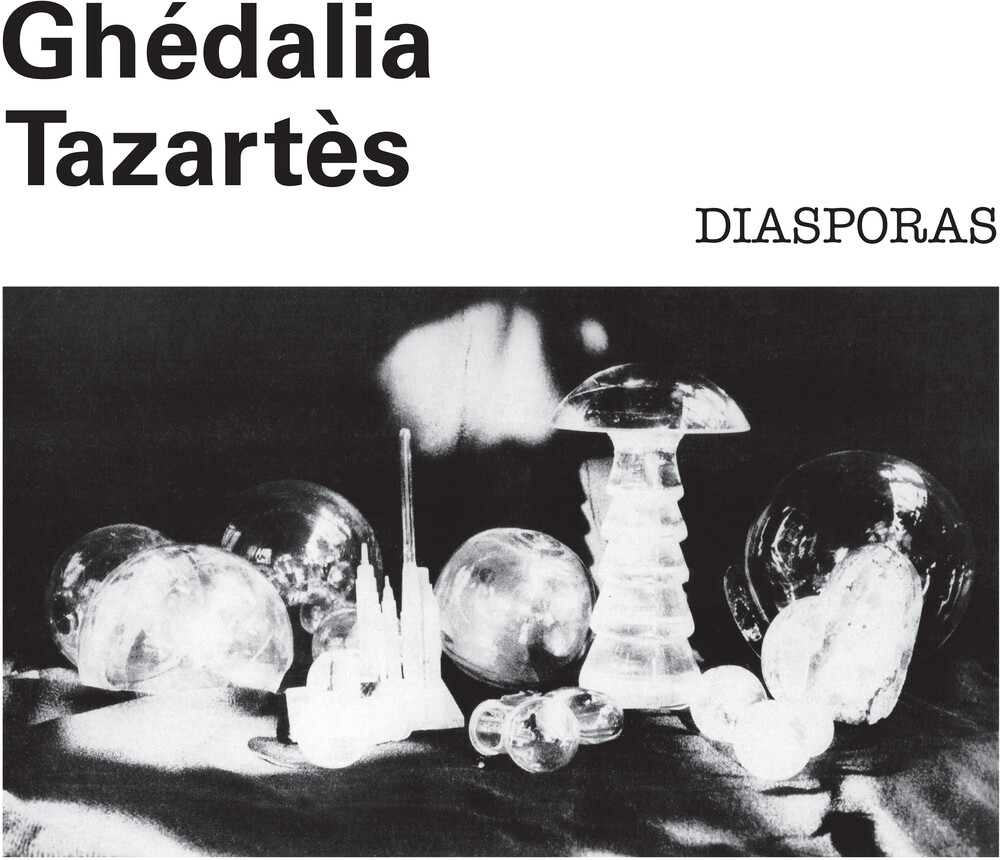 Originally recorded in 1977, following a limited release in 1979, GhĆ©dalia TazartĆØs debut album, Diasporas, introduced listeners to the surreal, mysterious and truly unclassifiable statement of TazartĆØs and his out-of-time place in the French avant-garde canon. Born in Paris in 1947 to Judaeo-Spanish parents of Greek descent, TazartĆØs spent his early career as an autodidact utilizing his knowledge of repetition and collage, coupled with his Ladino linguistic heritage, to create some of the most unique recordings of the late 20th century. Interest in the works of TazartĆØs truly sparked when artist Steve Stapleton included his follow up album, TazartĆØs' Transports, in his famed "Nurse With Wound List," thus adding endless curiosity to the folklore behind TazartĆØs and his mystical entrĆ©e. From the onset of Diasporas, looping incantations seemingly pile up at the behest of TazartĆØs. In almost a prayer-like decree, TazartĆØs chants to the gods in an undefined whail that is both haunting and spiritually divine. TazartĆØs unique use of tape loops to capture the disappearing traditions of his family's past creates an atmospheric texture that unexpectedly complements his cut-up, manipulated vocal experiments. While contemporaries within the French avant-garde maneuvered academic theory and rigid tradition, Diasporas strays away from these boundaries, working in TazartĆØs' invented practice of 'impromuz', a method in which he endlessly records for hours and edits only the moments that display any sense of spontaneous enlightenment. Further emboldening the obtuse nature of Diasporas are the seemingly random recitation of poet StĆ©phane MallarmĆ© and the traditional 'Parisian-style' piano accompaniment of experimental composer Michel Chion. Since it's initial release over 40 years ago, both Dais Records and Alga Marghen have released reissues of Diasporas in various formats, all of which quickly fell out of print. Dais Records presents an official reissue, newly remastered by Josh Bonati, utilizing the original artwork of Diasporas in it's sole album form, for the first time in over four decades.