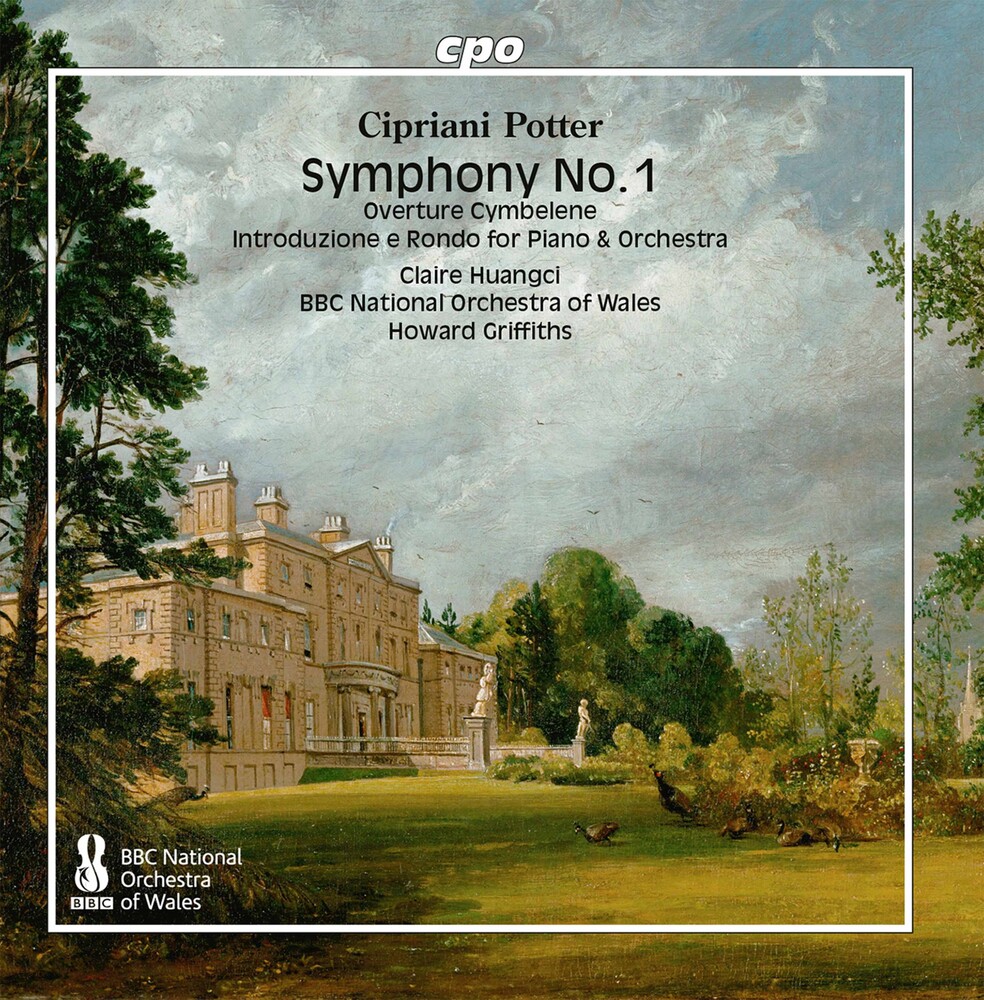 The highly esteemed Cipriani Potter bequeathed a rich compositional oeuvre to posterity. Born in London in 1792, Potter received his education as a composer from Thomas Altwood, William Crotch, and Joseph WĂ¶lfl. He later traveled to Vienna, where he continued his studies with Aloys FĂ¶rster on Beethoven's recommendation. Back in England, he soon became a sought-after composer and pianist. During a commemorative event held by the Musical Association in London, he was praised for his nine symphonies - and in particular for the first, in G minor, which is heard on this new release. The first movement from the very start attests to Potter's dramatic instinct; his favorite compositions included works charged with suspense like Mozart's overture to Don Giovanni. Potter was one of the first renowned composers from England to write symphonies based on his experience of Mozart's late oeuvre and Beethoven's orchestral music. The furious "Allegro con spirito" first movement of his G minor symphony is a bold stroke of genius filled with powerful melodic invention in combination with masterful thematic development. The phenomenal pianist Potter also repeatedly presented cabinet pieces for the piano. He composed the "Introduction" followed by a "Rondo in the Military Style" of 1827 six years before his first piano concerto. Like the "Variazioni di Bravura on a Theme by Rossini" for piano and orchestra also dating from the late 1820s or the "Introduction and Rondo Giocoso" for solo piano, they offer listening pleasure in which Potter's humorous side, a trait mentioned by many who knew him, is revealed.
back to top