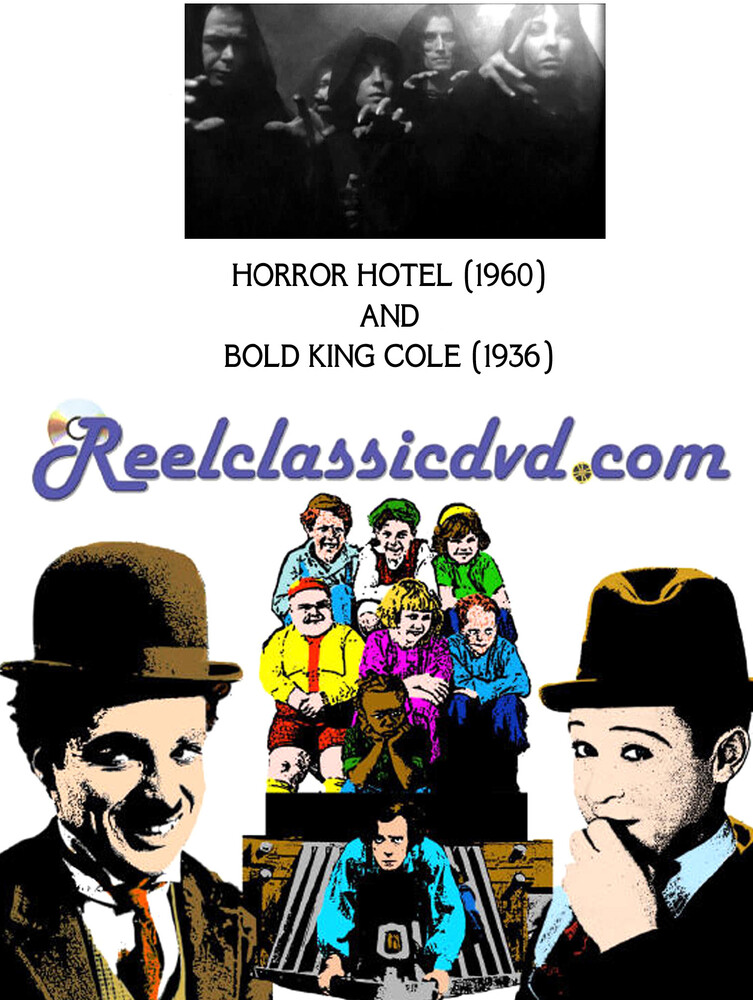 HORROR HOTEL starring Patricia Jessel, Christopher Lee, Vanetia Stephenson, Betta St John and Dennis Lotis. Directed by John Llewellyn Moxey. With the encouragement of her college instructor, young Nan Barlow decides to visit the mysterious town of Whitewood to conduct research on the New England witch trials of the 1690s. She takes lodging at the creepy Raven's Inn, run by the equally creepy Mrs. Newless. When Nan fails to return from her trip her brother, joined by her boyfriend, journey to Whitewood themselves in hopes of finding her. It isn't long before they uncover a secret coven of blood-drinking witches and find themselves in danger of being sacrificed to Satan! One of the very best films of the genre, "Horror Hotel" is full of chills and suspense! Presented in it's original wide-screen format. BOLD KING COLE directed by Burt Gillette. Felix the Cat, being caught in a fierce thunderstorm, seeks shelter in the castle of King Cole, a terrible braggart who claims to fear nothing. The castle ghosts, however, are tired of his behavior and decide to teach him a lesson by literally beating the bluster out of him! A delightful entry from the Felix the Cat series produced by the Van Beuren studio.
back to top