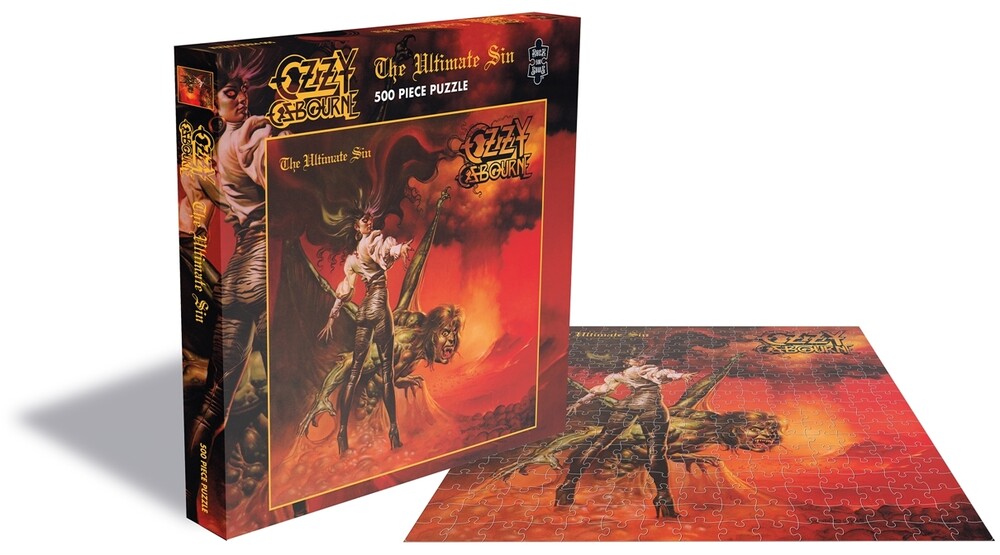 Released on 22nd February 1986, "The Ultimate Sin" is the fourth studio album by British heavy metal vocalist Ozzy Osbourne. The album was a commercial success and was Osbourne's highest-charting studio album at the time of it's release. The RIAA awarded the album Platinum status on 14 May 1986; it was awarded Double Platinum status in October 1994. The album has sold over 2,000,000 copies worldwide. In the UK, it was the final of four Osbourne albums to attain Silver certification by the BPI, achieving this in April 1986. The album's iconic cover art is now available as a 500 piece jigsaw puzzle printed on high quality board.500 pieces Weight: 490gJigsaw size: 41cm x 41cm Box size: 30.9cm x 30.9cm x 2.8cm