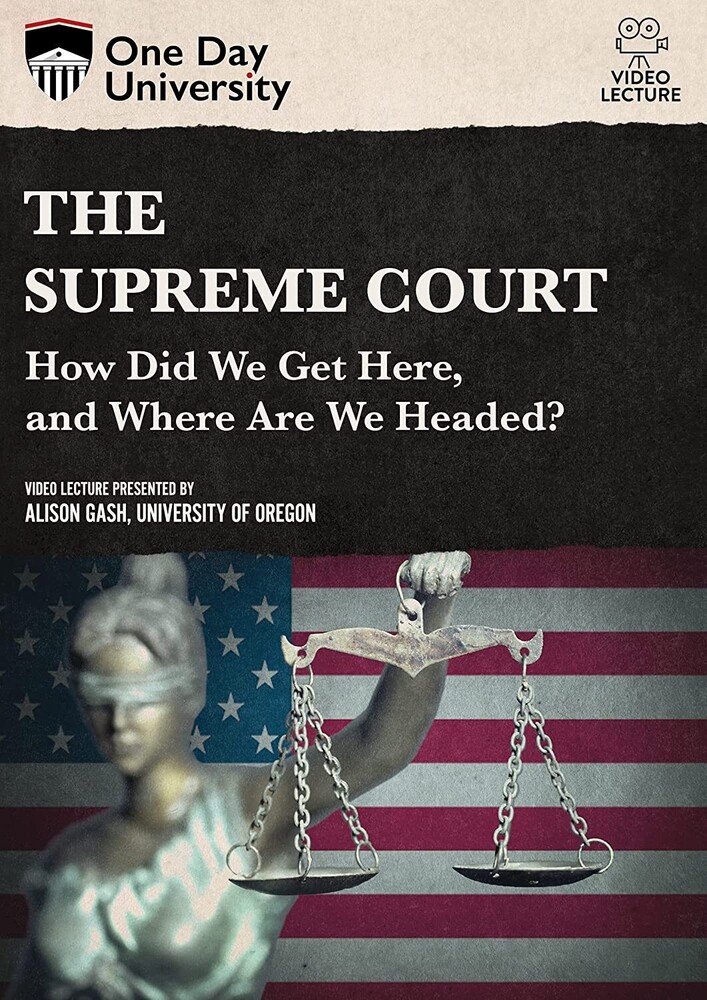 One Day University presents a series of video lectures recorded in real-time from some of the top minds in the United States. Given by award-winning professors and experts in their field, these recorded lectures dive deep into the worlds of religion, government, literature, and social justice. The Founding Fathers likely could not have ever imagined the Supreme Court becoming one of the most powerful policymaking institutions in the United States. Yet today, the Court has the power to sidestep public opinion, upend federal legislation, constrain state governance, and even bring down the President. Professor Gash will demonstrate why the Court's makeup can make or break American public policy. She will also discuss in detail the recent hard-fought confirmation of Brett Kavanaugh to the Supreme Court and whether the politics of Kavanaugh's and other recent Court nominations may well end up eroding the "checking" capacity of the Court. Professor Gash will discuss the Kavanaugh nomination within the context of increasing partisan discord over Supreme Court nominations. She will also touch on the implications of this increased partisanship on the Court's ability to "put politics aside" when adjudicating over specific cases or upholding "the rule of law". To what degree will this be damaged if Court nominations and nominees become vulnerable to the same partisan strife that characterizes the political world? If that happens, who will check politics?