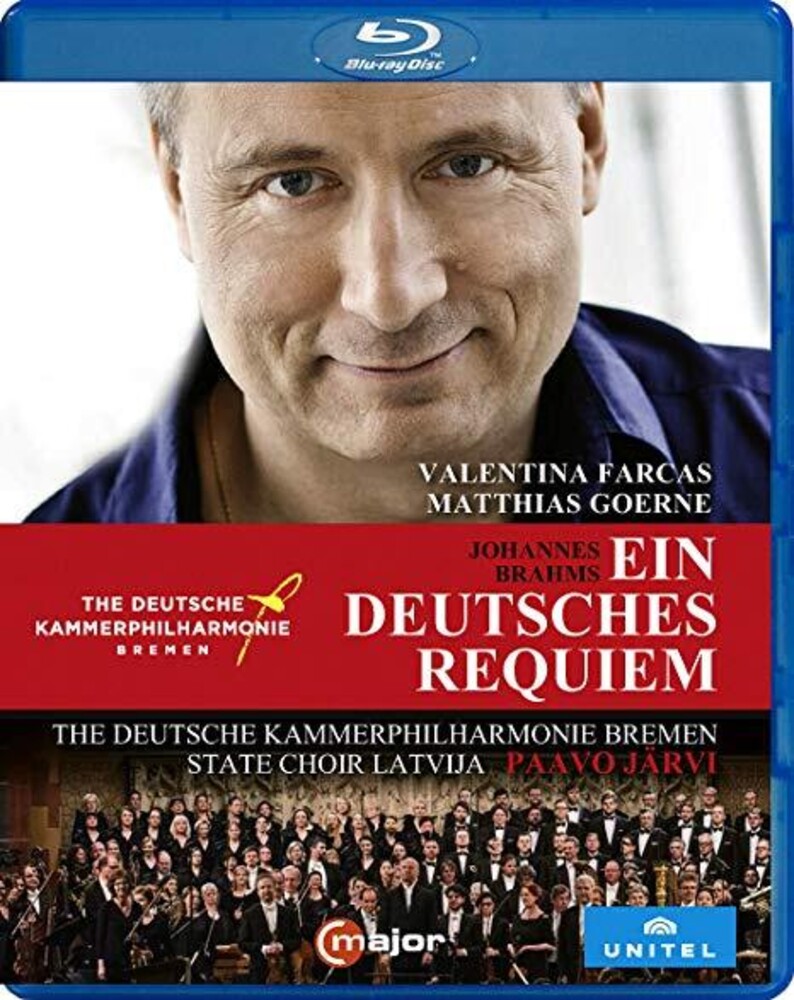 "A powerful moment of musical history recreated" says Classic FM about the Brahms Requiem interpretation by Paavo JĂ¤rvi, the Grammy Award-winning Estonian-American conductor, and his orchestra, Deutsche Kammerphilharmonie Bremen. The performance corresponds with Brahms' final version including all seven movements and using the same number of musicians as the composer himself. The premiere of the German Requiem took place on April 10, 1868, in Bremen Cathedral under the direction of the composer himself, although the fifth movement, which was created later, was still missing. On April 10, 2018, for it's 150th anniversary, the work is back to the exact place of it's premiere in Bremen Cathedral. "Valentina Farcas was the perfect female counterpart to Goerne, which was not easy. She convinced with impeccable phrasing, diction, and legato, she never got shrill and she was not afraid to take risks in the high notes." (El Pais), "rarely you hear such an insightful performance!" (FAZ)