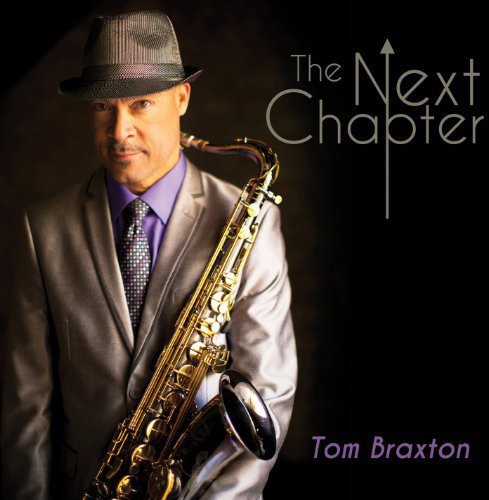 The Next Chapter presents Braxton at his best from up-tempo grooves to reflective ballads. When listening to the record, it's easy to feel the love, joy, and positive energy. Tom is showcased on soprano, alto and tenor saxophones, as well as flute and keyboards.

Braxton served as producer, writer and arranger on most of the material. However, he did have production assistance from the ""drummer to the stars,"" the late Ricky Lawson. The Next Chapter combines lyrical melodies with invigorating rhythms from a variety of genres including dance music, sambas, soul and contemporary jazz. The title track, written by Braxton and pianist Jay Rowe, kicks off the CD with a ""hooky melody"" and a ""killer glide to the groove."" Lawson's energy is evident on ""New Horizons"" which features a fresh ""house beat"" that accentuates Braxton's exciting tenor. Tom and Bob James take it ""south of the border"" and have some fun on ""Nuevo,"" a bossa ­tinged party for piano and tenor. Peter White joins Braxton for a beautiful rendition of Bread's classic, ""Make It With You."" White's guitar and Tom's soprano are a match made in heaven! Braxton's lively tenor is featured on the Spinners favorite, ""I'll Be Around"" which showcases background vocals from Grammy winner Arthur Dyer. Braxton has been on the road with Grammy winner Earl Klugh, and they are mesmerizing in the sophisticated but simplistic ""Contemplation."" ""Sunrise in Malawi"" inspired by a trip to Africa with Klugh, is an energizing song that will get your juices flowing. The legendary guitarist adds his signature sound to this early morning dance. The light and airy ""Tuesday Morning"" will have you singing all the way to work. Ricky Lawson interjected some old school into the project with the O'Jay's hit ""I Love Music"" Lawson and Sean Dancy got the ball rolling and Braxton added his signature sax and horn arrangement to help get you up on your feet! Finally, Braxton displays his arranging skills with the classic hymn, ""It Is Well.