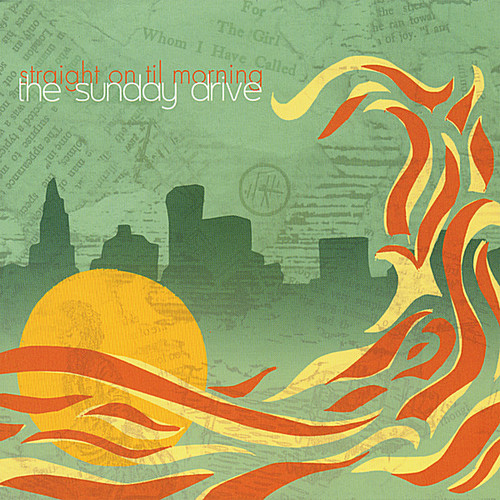 Pulling people back into the long forgotten Northeastern music scene, The Sunday Drive has emerged with new ideas, and vibrant guitar driven tracks, reclaiming the Northeast as a force to be reckoned with. This five piece Independent Rock group creates catchy, pop driven and euphoric landscapes, laying a backdrop to heartfelt, passionate lyrics, and melodies - the band aims to touch the hearts and invoke the senses of everyone who hears their music. The Sunday Drive's creation dates back to mid 2005 when founding members Zach Bond (guitars/vocals) and Chris Robertson (Vocals/Guitars/Keys) met and began playing acoustic singer/songwriter style music in Northeastern, Connecticut. In early 2006 the group recruited Tiffany Cuhna (Bass; early 2006 - early 2007), Ryan Colvin (Drums), and an old friend, Ryan Nottage (Guitars); Tiffany would later be replaced by current bassist Wayne Henrique By May of 2006, The Sunday Drive was already playing shows in and around New England. In late 2006 and early 2007 The Sunday Drive recorded their soon to be released debut EP, Straight on 'til morning, with Grammy winner Michael Hopkins. The Sunday Drive is currently recording demos for their next EP, including never before released acoustic tracks. With upcoming tour dates and a new EP on it's way The Sunday Drive isn't looking back.