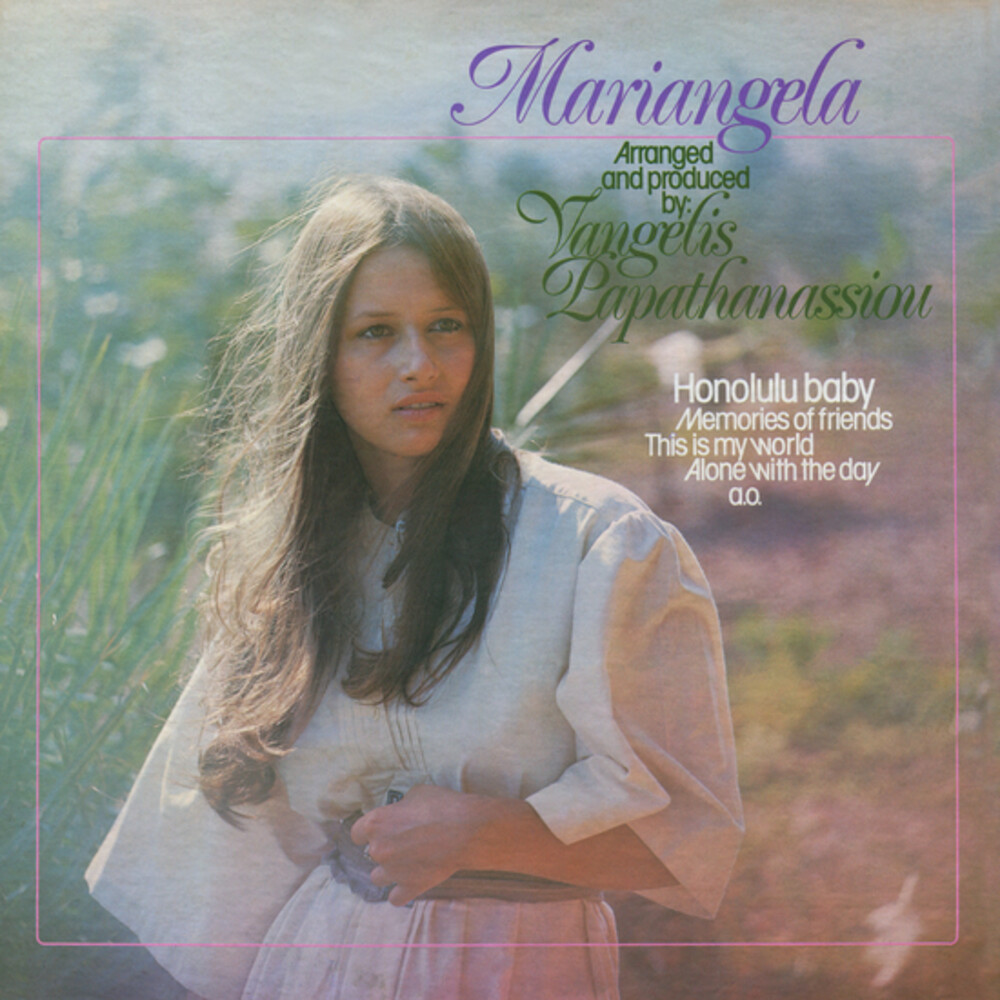 In the early 1970s, Mariangela Celeste signed to a major label at 13, she would go on to record her self-titled album with rising European superstar Vangelis. Though tragically overlooked upon it's release,Mariangela is a gem of early electronic pop with sparkling synths, drums machines, and lush arrangements propelling the songs of an unapologetically strong-willed Adolescent.By 1972, Vangelis? group Aphrodite?s Child had earned widespread acclaim for their lavish psych-prog masterpiece, 666. Though still years away from the Chariots of Fire and Blade Runner soundtracks that would make him a household name in North America, Vangelis had released three solo albums and was well on his way to becoming an international luminary. Polygram hired him as a producer to work with up and coming artists on their roster, and he handpicked the teenaged Mariangela. Mariangela?s most successful songs are the ones she wrote herself, coupled with Vangelis? forward-thinking production. The heart-pumping disco of ?You Are The One? sounds like a teenage impression of ABBA or sonic pre-cursor to The Carpenters? ?Calling Occupants of Interplanetary Craft.? Floating head and shoulders above all else is Mariangela?s minimal wave ballad ?My Dear Life?, fusing the spellbinding vocals of Wendy and Bonnie?s Genesis with the dazzling futurism of Roberto Cacciapaglia?s Ann Steel Album. It's sound is years ahead of it's time, with Vangelis? decisions to drape the song?s dreamy melody in sun-dazed synths, popping drum machines, and cavernous guitar effects confounding even it's creator. When the album hit the shelves in 1975, it's release was confusingly limited to Greece, Canada, South Africa, and Holland. Why Polygram would choose to make it nearly impossible to find in Western Europe or England where Vangelis? star was rising remains a mystery to this day.