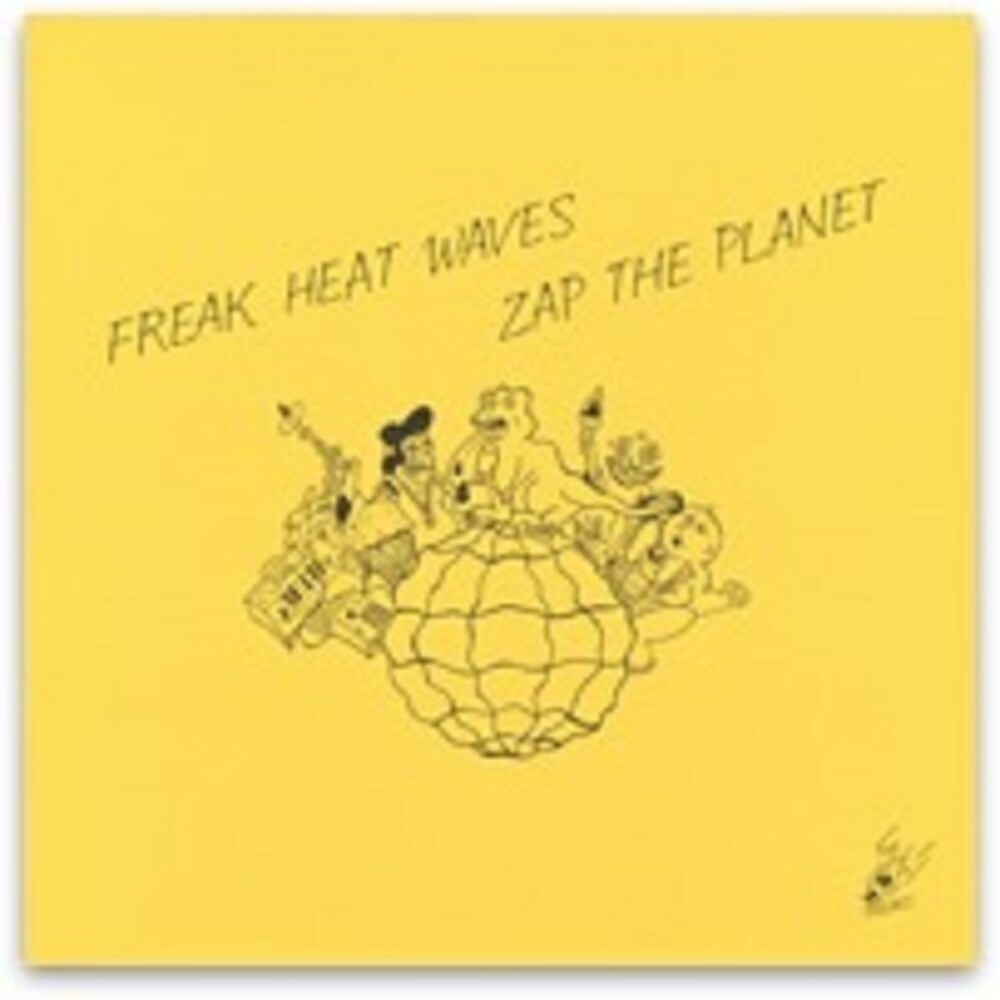 More than a decade ago, Freak Heat Waves emerged from Canada's stark Midwestern prairies, establishing their voice through early cassette-based experiments and DIY performances. Over the years, the group's live incarnations evolved as they endured a rigorous and nearly non-stop touring schedule. When not on the road, the Freaks became hermits, engaging in countless writing/production sessions that grew increasingly complex, eventually forcing them to travel beyond guitar, bass and drums. Their home studios continuously relocated, advanced and diversified. New instruments started to appear and new trajectories were explored. The studio process became more dynamic, involving many overdubs, avant-garde recording techniques, experimental sound design and orchestrations that utilized legendary effects, drum machines and synths. Tireless curiosity fueled the duo as they merged their original sound with new discoveries and seemingly disparate influences. With their latest work, Zap The Planet, the Freaks find themselves splitting coasts in Montreal and Victoria, distanced by geography and time, connecting via serial transmission tethered to a lone ethernet terminal. Extenuating logistics can unexpectedly prompt innovation. No Freak Heat Waves record has followed a singular path and no two are alike. Each album is an evolution in musical direction, songwriting and conceptualization. With Zap the Planet, (their second album on Telephone Explosion,) the duo has manifested more of their intrinsically unique vision and become more pronounced in their unhinged artistic process. The follow up to 2017's Beyond XXXL finds the Freaks taking a fearless, inventive leap to create the greatest departure from their previous work. There are no fads here, no accidents either. Freak Heat Waves give us a record full of lo-fi digital grit and early MIDI instrumentation. Dirty samples crackle as they skate over immense analog synths. Psychotropic rhythms plant roots and the timeless, signature Freak Heat Waves vocals serve as guides throughout the journey. Through it all the Freaks find themselves zapped!
This website uses cookies to personalize content and analyse traffic in order to offer you a better experience.
I accept Learn More
back to top