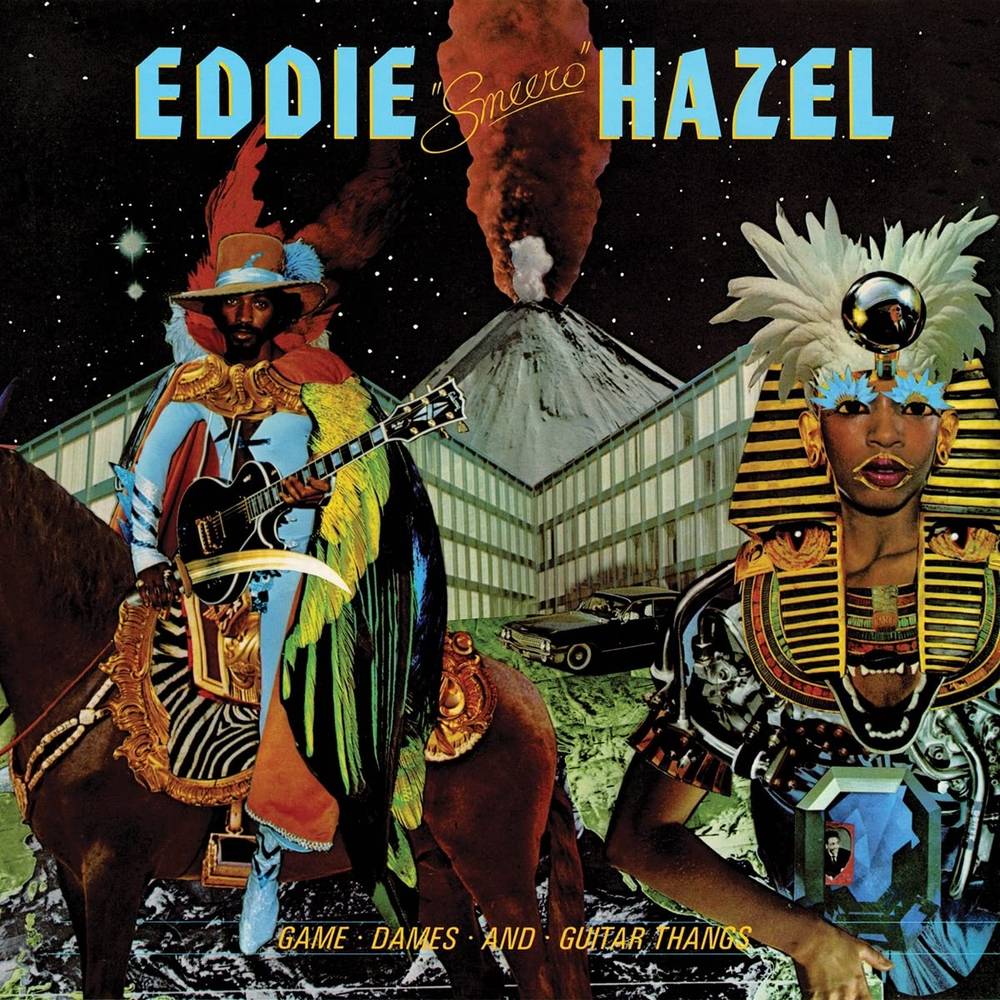 Limited blue colored vinyl LP pressing. If your circle of friends includes any guitar players, take this little test. Ask them if they are familiar with Eddie Hazel's Game, Dames and Guitar Thangs. Chances are their eyes will widen, followed by an exclamation something like 'I thought I was the only one who knew about that record!' Indeed, knowledge of this relatively obscure album is something of a secret handshake among axe men, because the guitar work on it is flat-out incredible. But then, you had to be a bad mutha to be in a band with George Clinton, Bootsy Collins, Bernie Worrell and the rest of the Parliament/Funkadelic mothership, and that's where a 17 year-old Eddie Hazel found himself in 1967, as the new guitar player in the Parliaments. Over the next ten years, Hazel would become an instrumental mainstay in PFunk, most notably on Fender Strat showcases like 'Maggot Brain' and 'Dollar Bill,' which he co-wrote. By the time he recorded this album in 1977, however, Hazel was out of the band, beset by personal problems that led to his premature demise in 1992 and which also explain at least in part why this album never reached commercial lift-off. All of the aforementioned PFunk notables are here, along with the Brides of Funkenstein on vocals, but this is Eddie's show, as he let's loose with one coruscating, psychedelic funk lead after another over a mixture of George Clinton-penned originals and covers of 'California Dreamin' and 'I Want You (She's So Heavy).' And now you can get Game in two different ways: on CD with liner notes by former Minister of Information for PFunk, Tom Vickers, or on LP in an electric blue vinyl edition!
This website uses cookies to personalize content and analyse traffic in order to offer you a better experience.
I accept Learn More
back to top