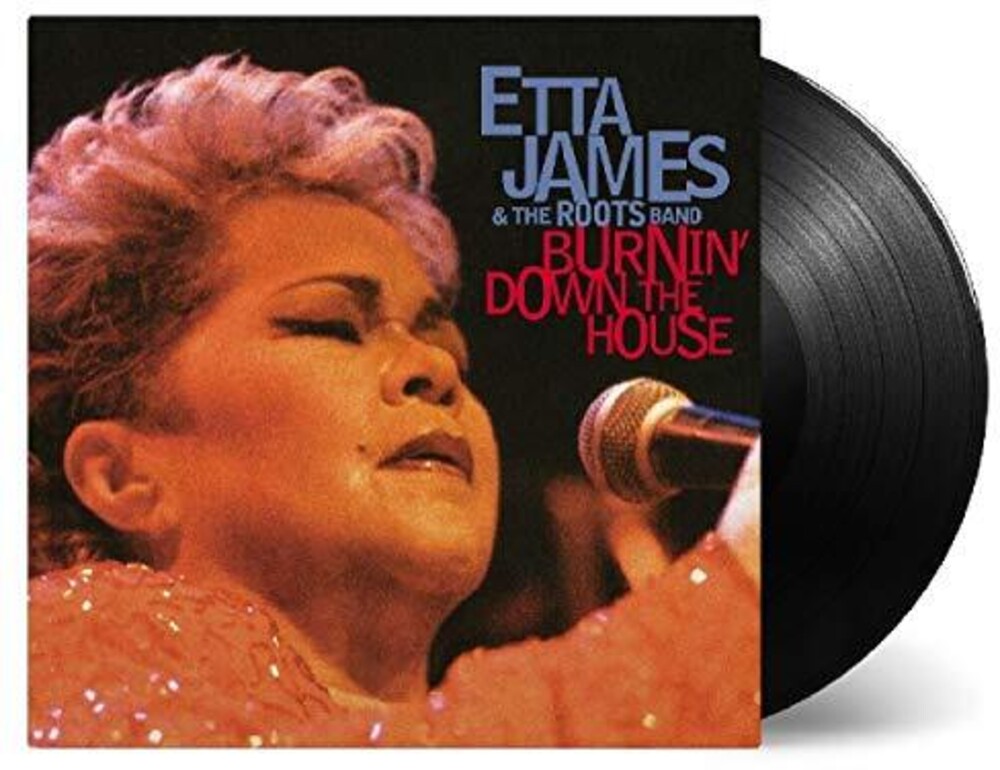 Limited double 180gm audiophile vinyl LP pressing including insert. Veteran soul/blues singer Etta James was only 16 when, in 1954, she made her first recordings for Modern records. She was 63 when Burnin' Down The House was recorded at the House of Blues in West Hollywood, CA, in December 2001 and it is obvious that vocally, she didn't lose anything along the way. Backed by a tight and rock-solid band, James demonstrates that her big, full voice lost none of it's richness between 1954 and 2001. The Los Angeles native sounds as vital as ever, and she has no problem going that extra mile on gutsy performances of 'Something's Got a Hold on Me', 'I'd Rather Go Blind', 'At Last' and other hits. For the most part, this is a soul concert; however, James makes a triumphant detour into electric urban blues on 'I Just Want to Make Love to You' and B.B. King's 'Rock Me, Baby'. The album contains some unlikely medleys; 'I Just Want to Make Love to You' is successfully combined with Steppenwolf's 'Born to Be Wild' and even more intriguing is her ability to unite the standard 'My Funny Valentine' with two Al Green's '70s hits, 'Love and Happiness' and 'Take Me to the River'. In her own words; '... enjoy this live performance, it's fiery, bluesy and jazzy, it's Etta live burning the house down with soul... '