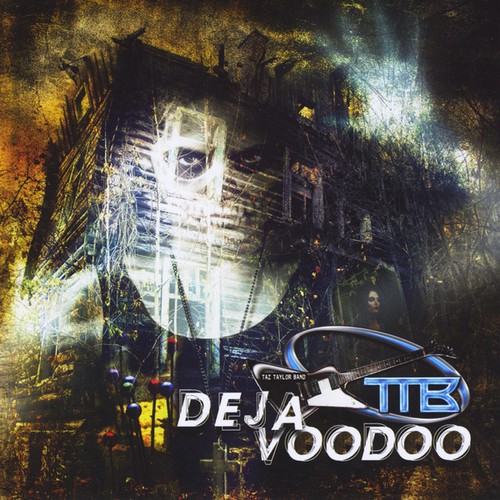 In late Summer of 2013, Taz Taylor, Val Trainor, Barney Firks and Josh Weinstein entered Blitz Recording Studios in San Diego Ca with intent! With Richard Blitz Livoni at the production helm they set about creating the best Taz Taylor Band album yet. With just about the right amount of rehearsal time behind them the music was still fresh, edgy where it needed to be, and poised and polished where it needed to be! With no click track or other 'modern' recording technologies they formed a circle and threw down the grooves the old school way. Two and a half days is all it took to capture the performances of the whole band, with Taz' Guitar Solos and some Keyboard embellishments by Josh being the only overdubs... performed several weeks later after the tracks had had time to sit and while the band had busied themselves in the meantime with live performances. The result is an eight song all-instrumental album. An album that truly represents the vision of TTB. At the core of the band Taz Taylor and Val Trainor are still doing what they do best. Having worked together now since 2006 including two European tours and two studio albums (Straight Up and Big Dumb Rock)! Deja Voodoo marks the recording debut in the band of Bassist Barney Firks who joined TTB in July 2010 and Keyboardist Josh Weinstein who joined in June 2012. Deja Voodoo is the first TTB album to feature a lineup that has existed for some time and has been performing live shows - every other TTB album having been recorded after the band had reached a crossroads of some kind, leaving Taz and Val to start over with a new lineup and a new album. That band synergy can be heard and felt in the tracks on Deja Voodoo! The CD is wrapped in stunning artwork by none other than Tristan Greatrex... creator of the original MSG logo as well as many MSG and UFO CD and DVD covers.
back to top