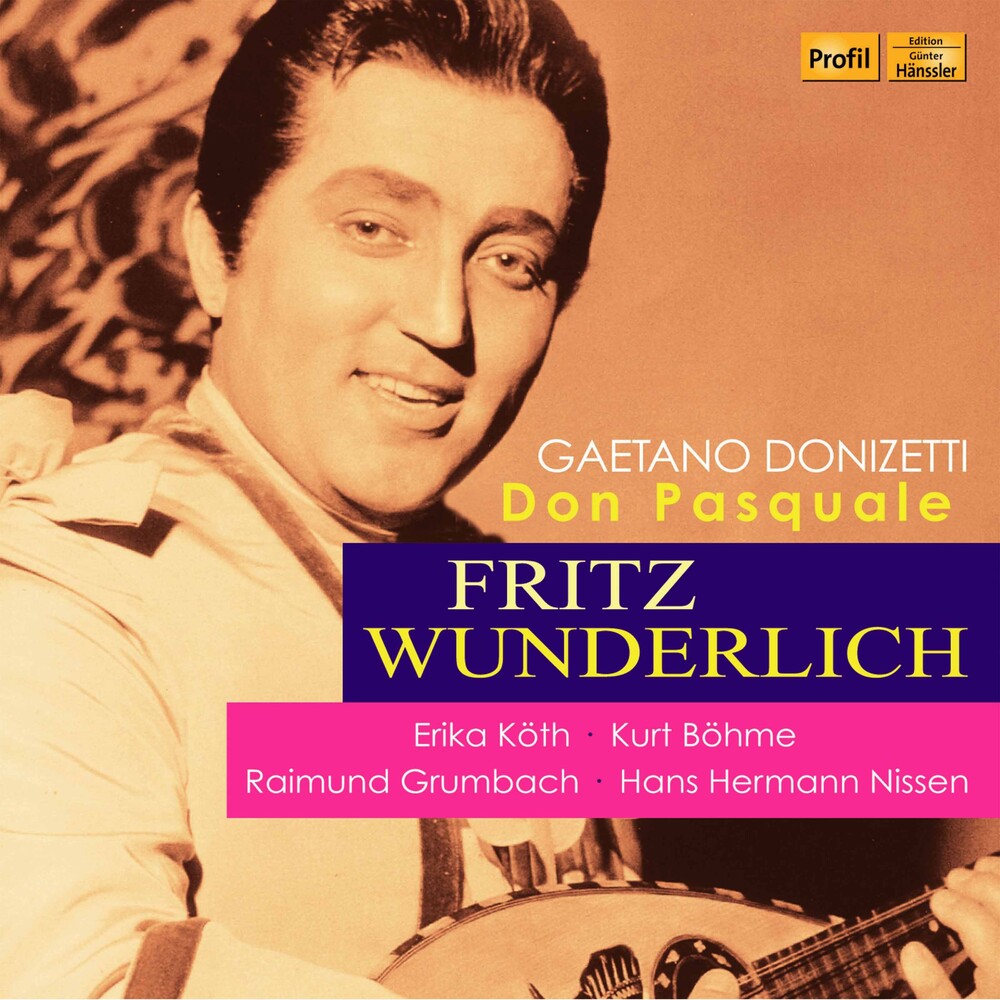 This album features a recording made during a performance at the Prinzregententheater in Munich on January 18, 1962. It was directed by Rudolf Hartmann and the performance was given, as was usual in those days, in German. The original analogue tapes have been stored at the Fritz Wunderlich Society in Kusel (in the Rhineland-Palatinate), and have been restored by TechneAudio in Baden-WĂĽrttemberg. Some specialists suspect that the recordings were made by Fritz Wunderlich himself, a great fan of the latest technology. Despite costly and careful restoration of the tapes, some defects and intrusive artefacts on the mono tapes, some of which are damaged, are clearly audible. However, the historic significance of this recording certainly justifies it's release. Not surprisingly, Fritz Wunderlich (1930-1966) in the role of Ernesto receives the greatest attention. Probably Germany's greatest tenor knew just how to cultivate the love-sick bachelor, as he did with all his roles, and to breathe life into the character with his inimitable voice. In addition to lyric qualities, the role demands other skills such as the canto fiorito style of ornamented singing of the nineteenth century.