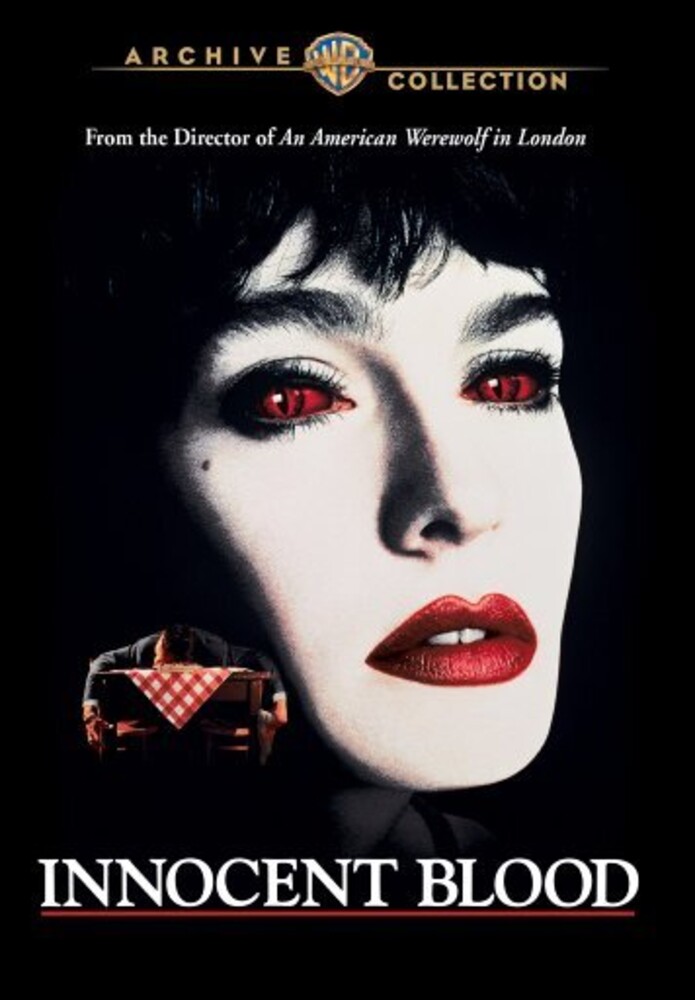 This ghoul just wants to have fun! She also wants an occasional bad guy to sink her fangs into - because she never, ever takes Innocent Blood. Anne Parillaud is Marie, a vampire who imperils Pittsburgh when she fails to kill one of her victims, mob boss Sal Macelli (Robert Loggia). Sal realizes what a lucky stiff he is: a vampire with deadly powers! If Marie and her undercover-cop boyfriend (Anthony LaPaglia) can't stop the mobster's new "family" of goons, Pittsburgh will be the pits. As in his An American Werewolf in London, director John Landis saw in Michael Wolk's script many possibilities to be outrageous - and transforms them into outrageous screen reality.