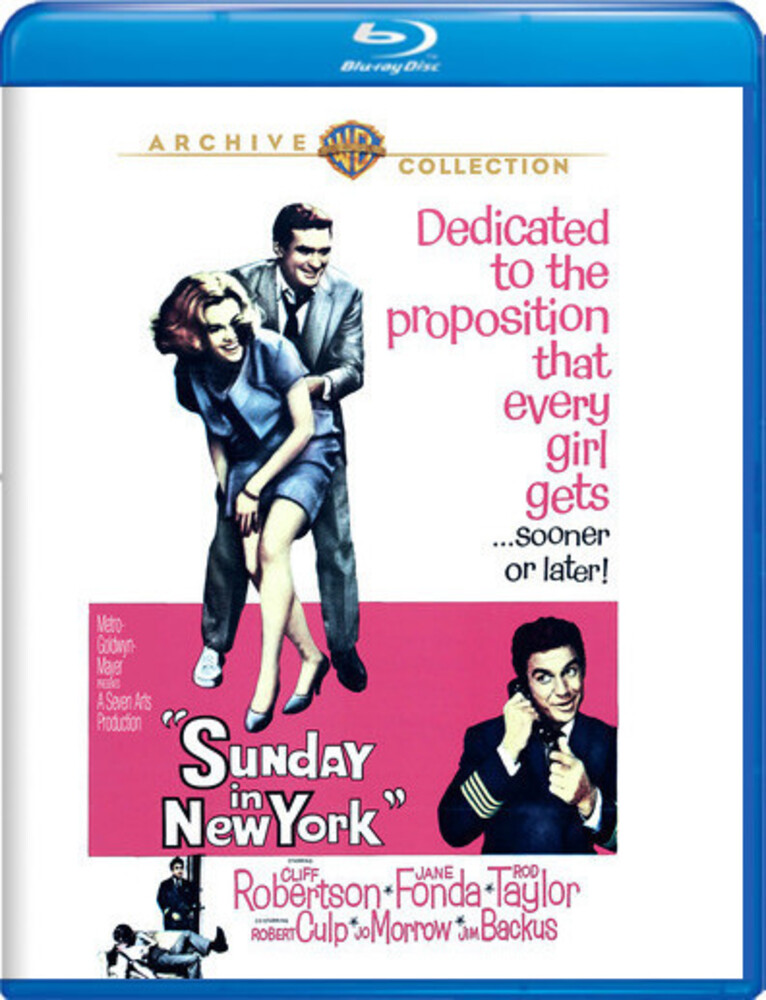 Before she became a great star and two-time Academy Award winner, Jane Fonda was a screen ingenue who sent a string of bubbly romantic comedies soaring, including this charmer from the prolific pen of Norman Krasna (Bachelor Mother, The Devil and Miss Jones). Fonda portrays a virginal miss blessed with long limbs and a knockout profile who runs from her fiance (Robert Culp) to the swingin' pad of her brother (Cliff Robertson) and then into the arms of a guy she meets on the Fifth Avenue bus (Rod Taylor) all the while trying to decide if she'll say yes before she says I do. Filmed on location, Sunday in New York is a fun, sophisticated romp set to a hip Peter Nero score that features Mel Torme singing the title tune.