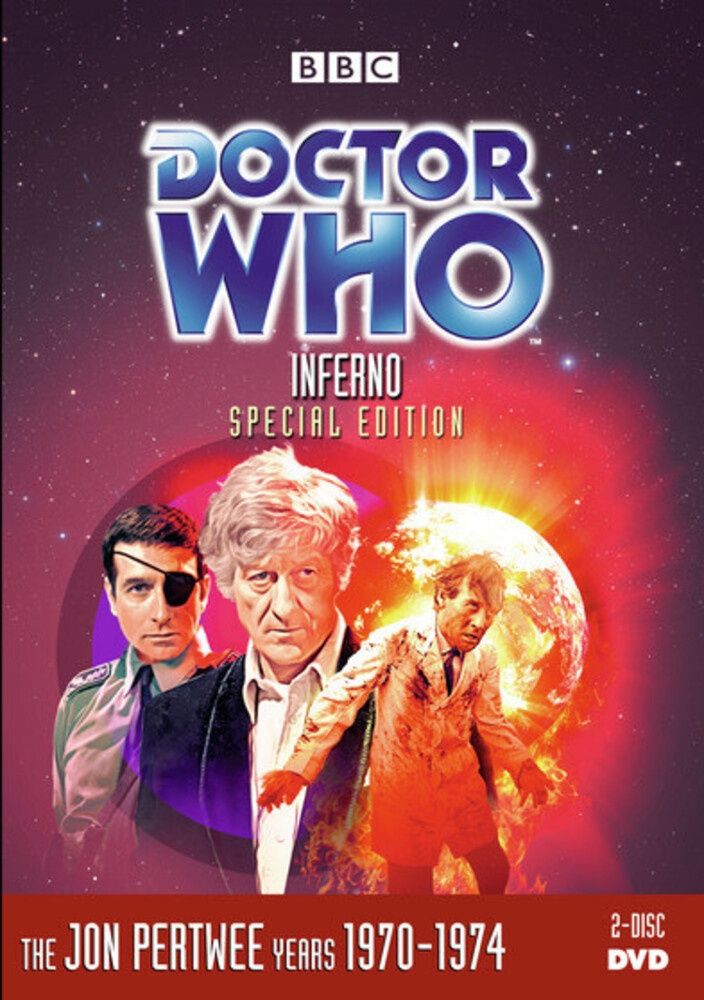 One of the most popular shows in British TV history, this long-running, shoestring-budgeted sci-fi saga followed the exploits of "the Doctor," a maverick scientist and adventurer who traversed space and time in the TARDIS, a high-tech craft disguised (well, stuck, actually) as a London police box. William Hartnell, Patrick Troughton, Jon Pertwee, Tom Baker, Peter Davison, Colin Baker, and Sylvester McCoy starred as the various eccentric incarnations of the Doctor during the series's initial 1963-1989 run. Inferno is an advanced drilling project to tap into a new energy source under the Earth's crust, but a mysterious underground gas transforms men into ape-like creatures. The Doctor (Jon Pertwee) finds himself trapped in a parallel universe as he tries to shut down the drilling and save the planet. 166 min. Two-disc set. Standard; Soundtrack: English Dolby Digital mono.