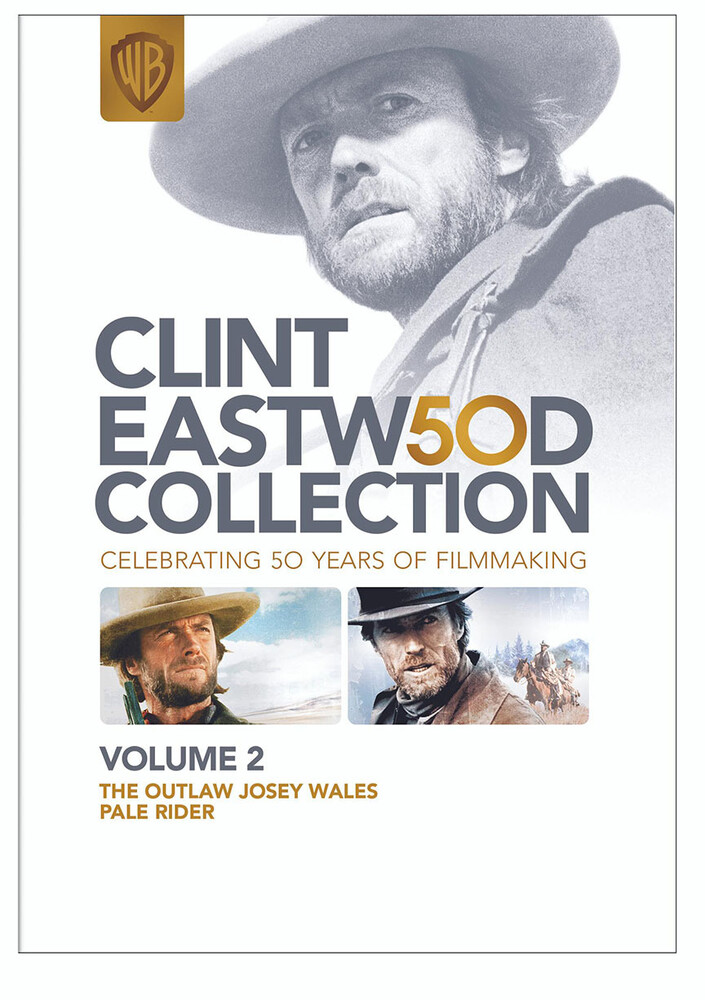 Two-disc set includes: The Outlaw Josey Wales (1976)Director/star Clint Eastwood and co-screenwriter Phil Kaufman add another dimension to Eastwood's classic insular western hero, as a Missouri farmer enlists in the Confederate army to better pursue the renegade soldiers responsible for his family's murder. And during a trek to Mexico with an aged Cherokee Indian (Chief Dan George), comes to the aid of a number of people in need of help. Co-stars Bill McKinney, John Vernon, and Sondra Locke. 135 min. C/Rtg: PG Pale Rider (1985)Director/star Clint Eastwood returns to the western as a mysterious stranger who helps the settlers of a small mining town overcome the oppression of a ruthless gold baron. Wearing a priest's collar and oddly half-remembered by many of the town's residents, Eastwood's stoic avenger-known only as "Preacher"-is seen by some as a savior who may be more than just a man. Michael Moriarty, Carrie Snodgress co-star. 116 min. C/Rtg: R
back to top