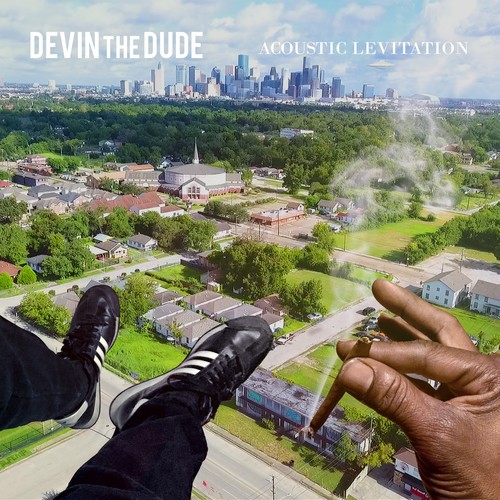 Devin the Dude is a verifiable legend. Hailing from the rich rap city of Houston, TX. Devin first made a name for himself in the late 90's and 00's with a slew of releases that were beloved by the underground and mainstream alike, leading him to work with the upper echelon of rap from Dr. Dre, Snoop Dogg, Lil Wayne, Outkast, DJPremier, Scarface, and many more. On this release, Acoustic Levitation, Devin continues with his signature laid back flow tinged with smoke-filled references, relationships, and his life. Acoustic Levitation is Devin's first studio album since 2013's "One for the Road" making his return into the marketplace, and bringing his unique sound back to his die-hard fans who have been waiting for a new album.