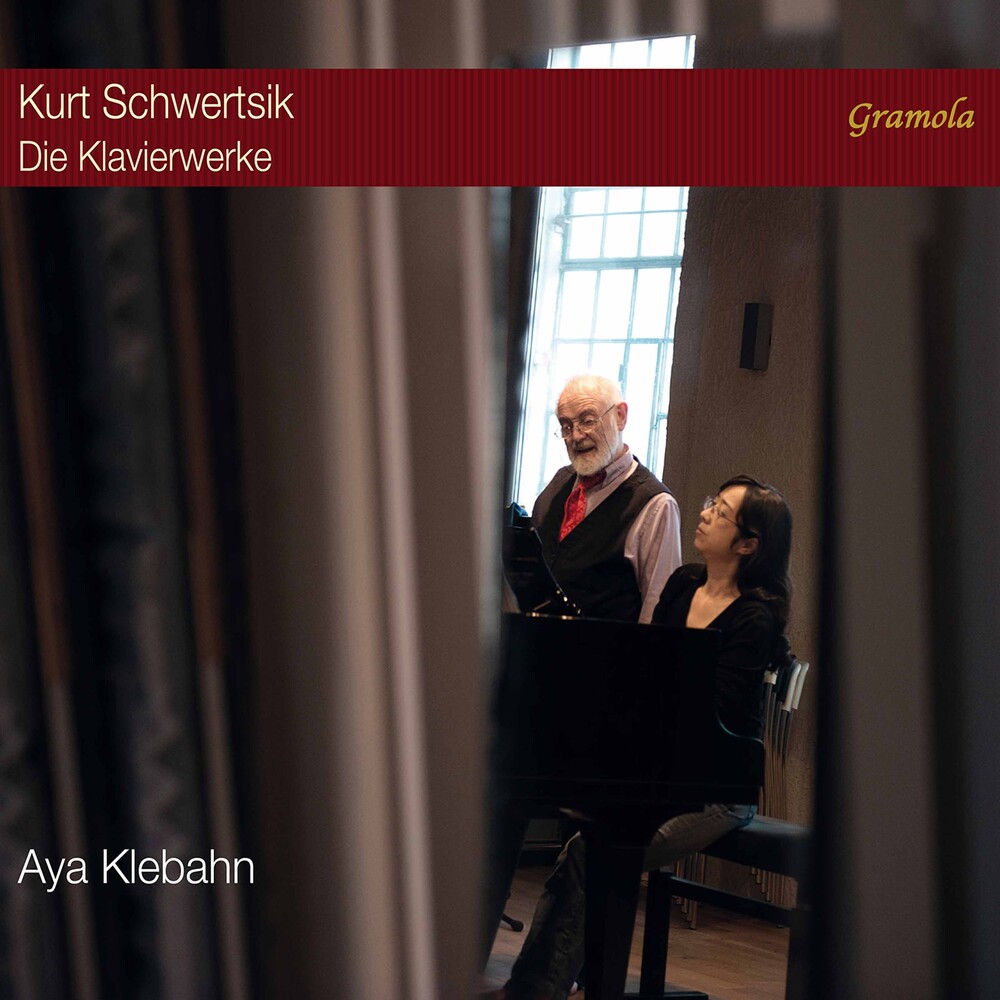 As a distinguished expert in all modern compositional techniques, Kurt Schwertsik (b. 1935) decided early in his career to pursue a new, tonally influenced path. In this aesthetic accessible to a broad audience, he created a diverse oeuvre that extends from opera to Viennese lieder and has made him one of the most popular composers of Austrian contemporary music. With subtle differentiation, the Japanese pianist Aya Klebahn takes up his piano works, composed in a long, interrelated arc stretching over many decades. Aya Klebahn was born in Tokyo and commenced piano lessons at the age of four. She studied at the Toho-Gakuen University of Music in Tokyo and received her diploma in piano performance and music pedagogy. Ms. Klebahn has special affinity for contemporary piano music. She participated in the world premiere of works by composer Luna Alcalay during the Wien Modern festival. However, central to her work is her collaboration with Kurt Schwertsik. During the 2013 St. Gallen Festival she played his solo piano pieces in the presence of the composer. In 2015, she participated in a chamber music recital in the Vienna Musikverein for Schwertsik's 80th birthday. In 2016 she released recordings of Schwertsik's piano works for the production celebrating the 40th anniversary of the Musikwerkstatt Alte Schmiede. As a soloist, she recorded Schwertsik's complete piano works under the artistic direction of the composer.