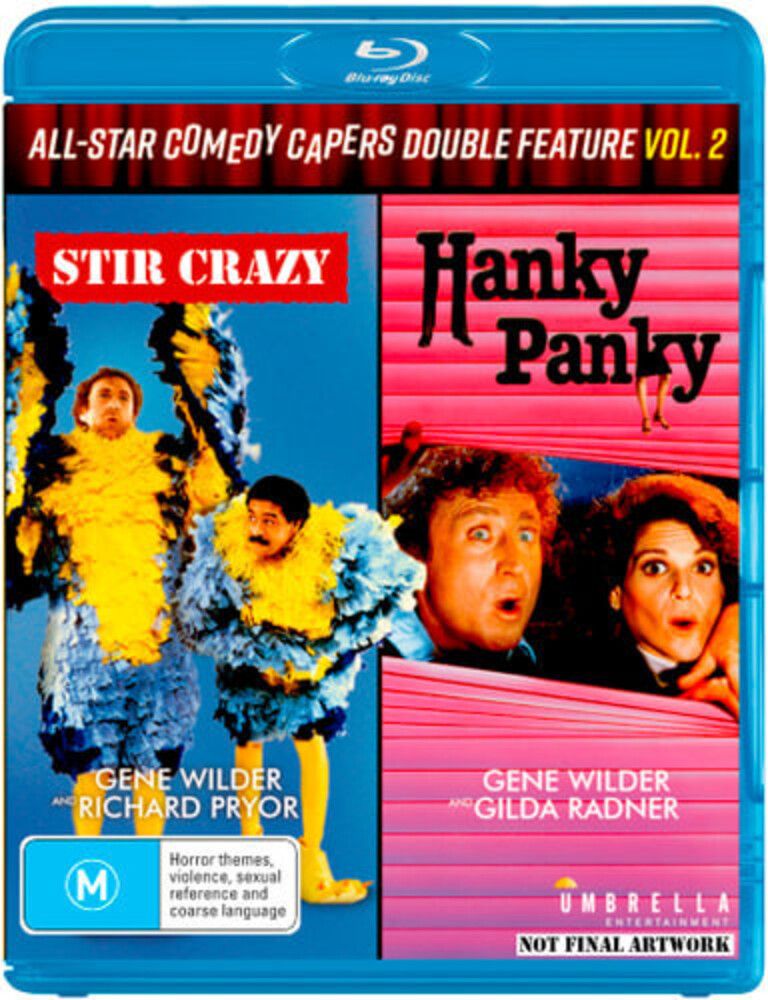 Stir Crazy (1980)Set up and wrongfully accused, two best friends (Richard Pryor and Gene Wilder) will be sent to prison for a crime they didn't commit. However, no prison cell could keep them locked in.Hanky Panky (1982)A completely innocent man, Michael Jordon (Gene Wilder), is drawn into a web of government secrets when a girl carrying a mysterious package gets into a taxi with him. When she's later murdered, Michael becomes the chief suspect and goes on the run, teaming up with a woman determined to find her brother's killer (Gilda Radner).
back to top