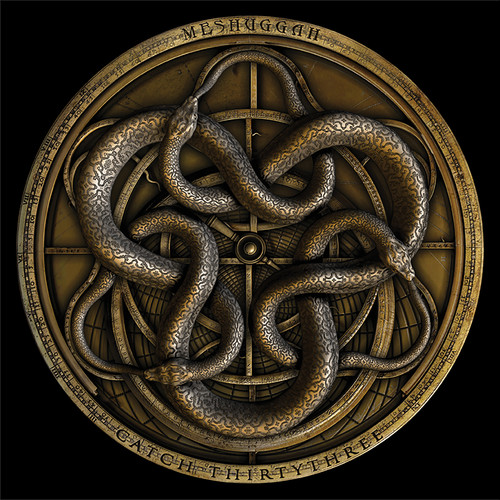 Vinyl LP pressing. Meshuggah have spent the last 20+ years and a cumulative 13 releases developing, exploring, and redefining their complex, inimitable approach. They're one of the few lateral-thinking forces genuinely dedicated to pushing the boundaries of extreme music. They create albums you can listen to years later and still discover things you never noticed before. Their mystical lore pertains to a mathematical execution of odd-cycle time signatures shifting around common 4/4 time and their majestically demented, down-tuned, groove-laden, and precisely performed polyrhythms never veer out of control. Catch Thirtythree, Meshuggah's 2005 attack on the central nervous system, features manic low-tuned riffs repeated in seemingly endless loops, desperate and aggressive growls and screams, and drum fills and patterns from another dimension! One of the most prolific bands on Nuclear Blast, most of Meshuggah's catalog has been unavailable on vinyl for years.