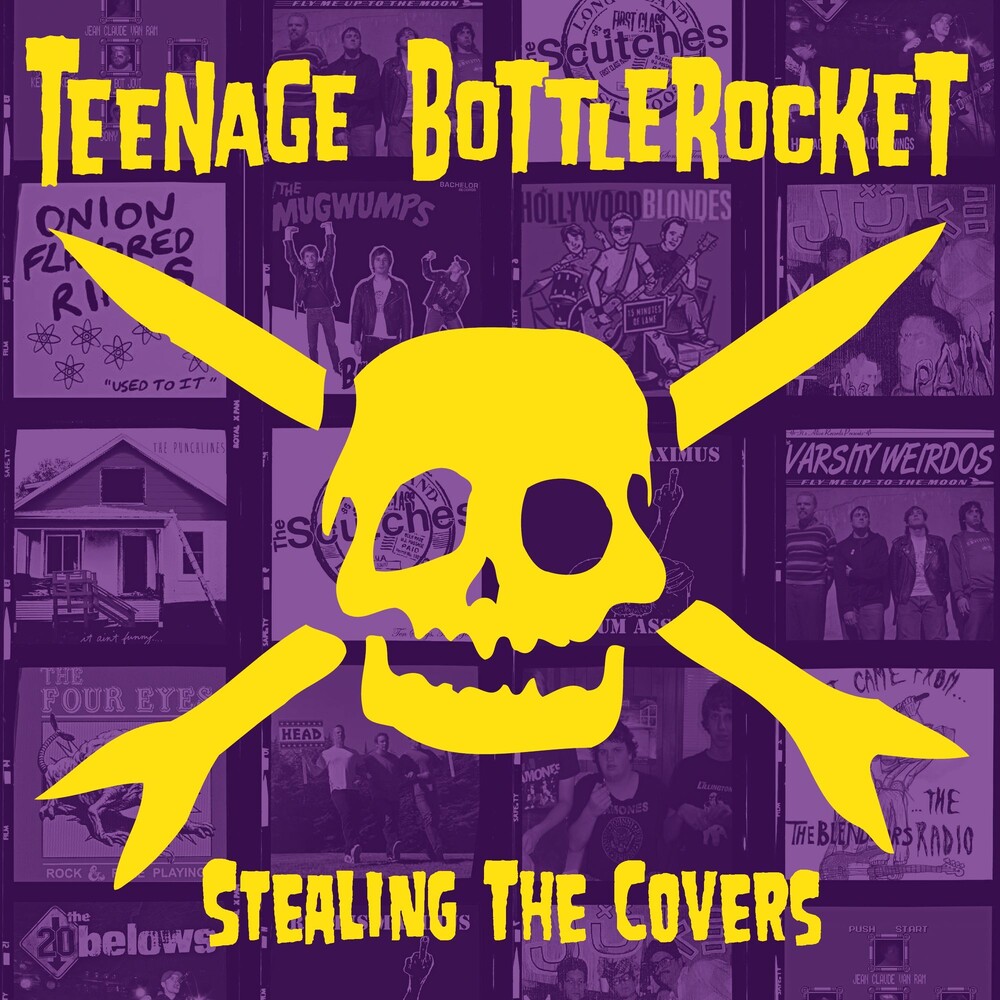 Since their breakout Fat Wreck release They Came From the Shadows in 2009 followed by Freak Out, TEENAGE BOTTLEROCKET have been on a relentless (and successful) mission to bring their frenzied and fun-filled brand of music to the masses. After a brief stint on Rise Records and the release of their highly acclaimed album Tales From Wyoming; TEENAGE BOTTLEROCKET have returned home to Fat, and their homecoming gift is a doozy. With Stealing The Covers Teenage Bottlerocket have put their pogo-punk stamp on 14 cover songs. Instead of going the traditional route of covering well-known hits, TBR take the opposite approach on Stealing the Covers by putting their unique twist on songs from obscure and unsigned bands that have caught their fancy over the years. The result is just as satisfying as any of their original work, packed with pop-punk power and ear catching melody from start to finish. With worldwide touring planned and new material in the works, 2017 promises to be a big year for TBR.
back to top