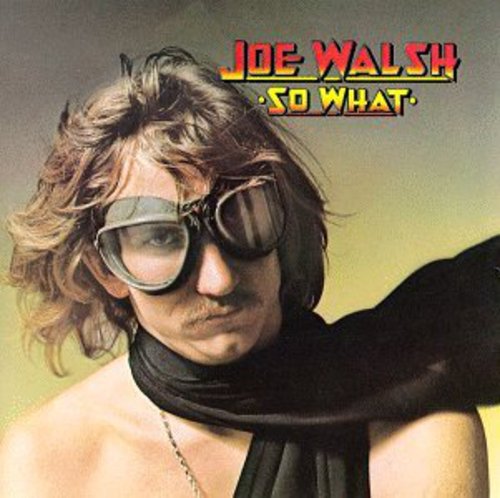 ''So What'' is the third album by Joe Walsh, released in 1974 (see 1974 in music). It contains such hard rock gems as ''Welcome To The Club'' and remake of the Barnstorm track, "Turn To Stone". Walsh also shows his more introspective side on such songs as "Help Me Through The Night" and "Song For Emma", a tribute to Walsh's daughter who had just been killed in a bus accident that year. On a few tracks, Don Henley, Glenn Frey, and Randy Meisner of the Eagles contributed background vocals. Over a year and a half later, Joe would be drafted into the Eagles replacing Bernie Leadon.

It was Walsh's last studio album on ABC Records. - Wikipedia