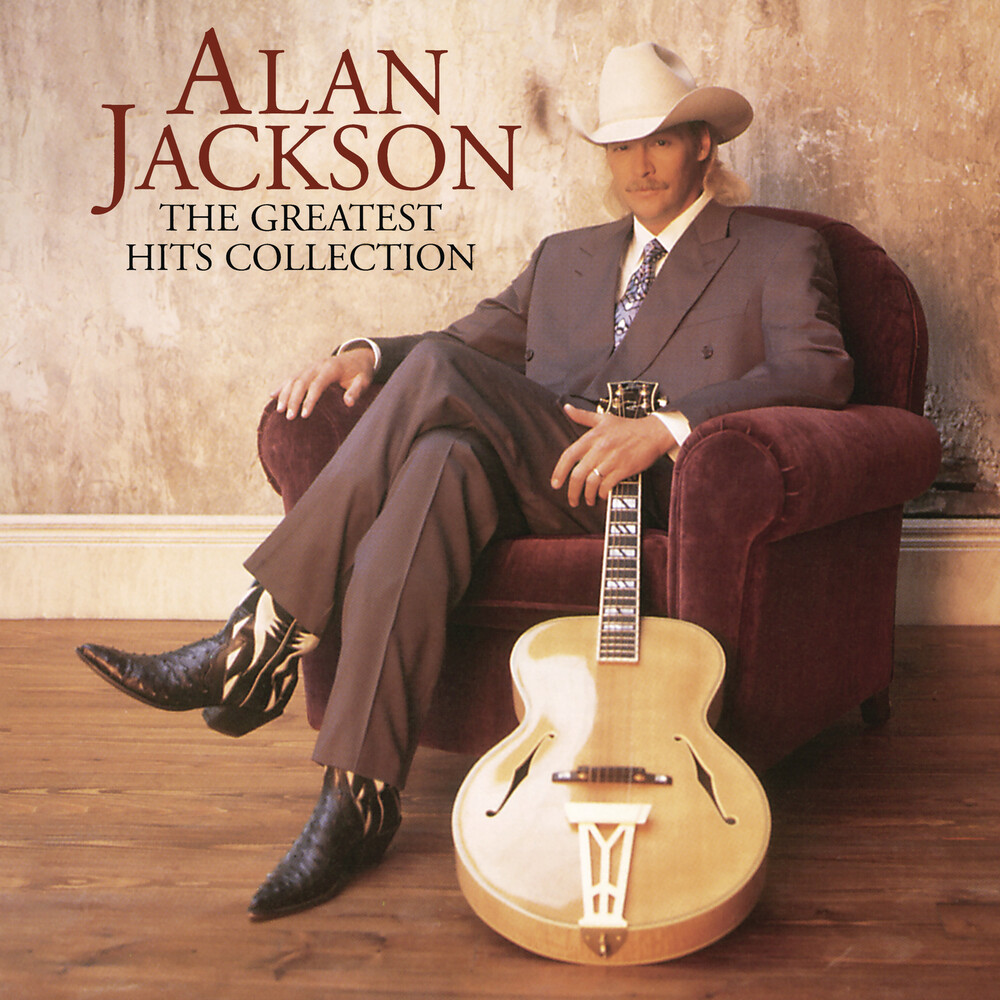 Double vinyl LP pressing. Alan Jackson has earned his place in country music history. Behind that guitar and knowing smile stands a singer-songwriter with a knack for creating simple yet impactful tunes, combining the honky-tonk sensibilities of vintage Music Row with contemporary production to make him a statesman of the genre. Originally released in 1995-just five short years after he broke into the mainstream with the Top 5 country album Here In The Real World-The Greatest Hits Collection is the perfect survey of Alan Jackson's early hitmaking years. Available for the first time on vinyl as a 2LP set, The Greatest Hits Collection features chart-topping classics like "Don't Rock The Jukebox," "She's Got Rhythm (and I Got The Blues)," "Chattahoochee" and "Summertime Blues," plus the exclusive new songs "Tall, Tall Trees" and "I'll Try," both of which topped Billboard's country singles chart as well.