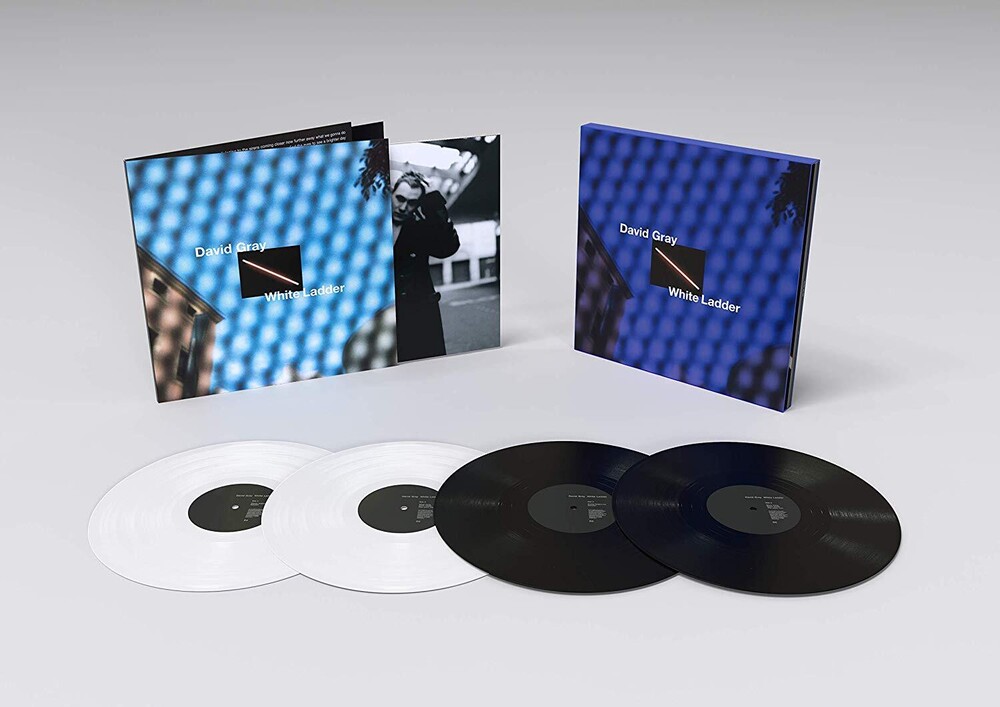 White Ladder (20th Anniversary Edition) celebrates the multi-platinum-selling album from singer-songwriter David Gray. This expanded, deluxe release features the iconic album newly mastered on 2 pieces of white vinyl plus previously unreleased and rare White Ladder-era B-sides and demos on 2 pieces of black vinyl. David Gray has also personally crafted a series of writings about his White Ladder experience, chronicling the people involved, and the stories behind some of the songs and most memorable shows. These writings are featured in a commemorative book alongside rare photography and housed in beautiful packaging that also features the lyrics to timeless hits such as "This Year's Love," "Babylon," and "Sail Away." "What happened with White Ladder involved more than music. It was a sort of heart and soul moment of total surrender for everybody involved, for me and the audience. That was it. It doesn't get any better than that." - David Gray