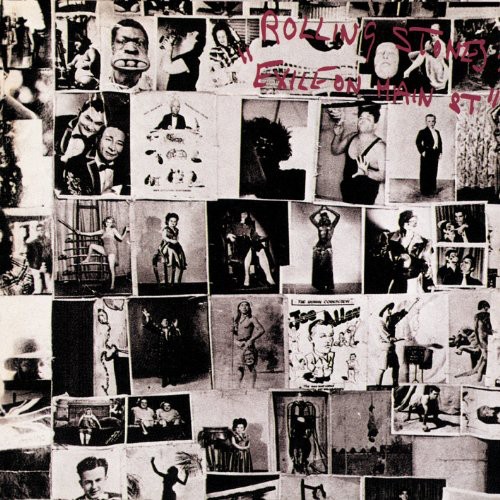 Regarded as one of the greatest albums in rock 'n' roll history and one of the most defining of the Stones' catalogue. Upon its release more than three decades ago, 'Exile on Main Street' innovatively wove varying musical genres, instruments and even artists into a compelling rhythmic masterpiece. The original 18-track double-album was recorded in various stages at multiple locations, including Olympic Studios in London, Keith Richard's mansion Nellcote in France, and in Los Angeles where the literal "Main Street" influenced the album title. These atypical circumstances surrounding the recording process greatly affected the album's outcome which was highly reflective and influenced by the sociopolitical turbulence that marked the late `60s and early `70s. The Stones nixed the influences of a flower-child era and directed their creative process with the edgier, excessive, "more is more" approach of the `70s. Exile reveals a sprawling mix of genres with undertones of blues, country, R&B and gospel mixed with lyrics that fervently demand for release and liberation.

''Exile on Main St.'' is the tenth British and twelfth American studio album by The Rolling Stones. Released as a double LP in May 1972, it draws on many genres including rock &amp; roll, blues, country and soul and calypso. ''Exile on Main St.'' was initially greeted with mixed reviews, but it has since become almost universally regarded as a masterpiece. In 2003, the album was ranked number 7 on ''Rolling Stone'' magazine's list of the 500 greatest albums of all time.

A remastered version of the album was released in Europe on 17 May 2010 and in the United States on 18 May 2010, featuring 10 new tracks, including "Plundered My Soul", "Dancing in the Light", "Following the River" and "Pass the Wine" as well as alternate versions of "Soul Survivor" and "Loving Cup". Also available as a fan pack with a guitar pick and a t-shirt (size large). - Wikipedia