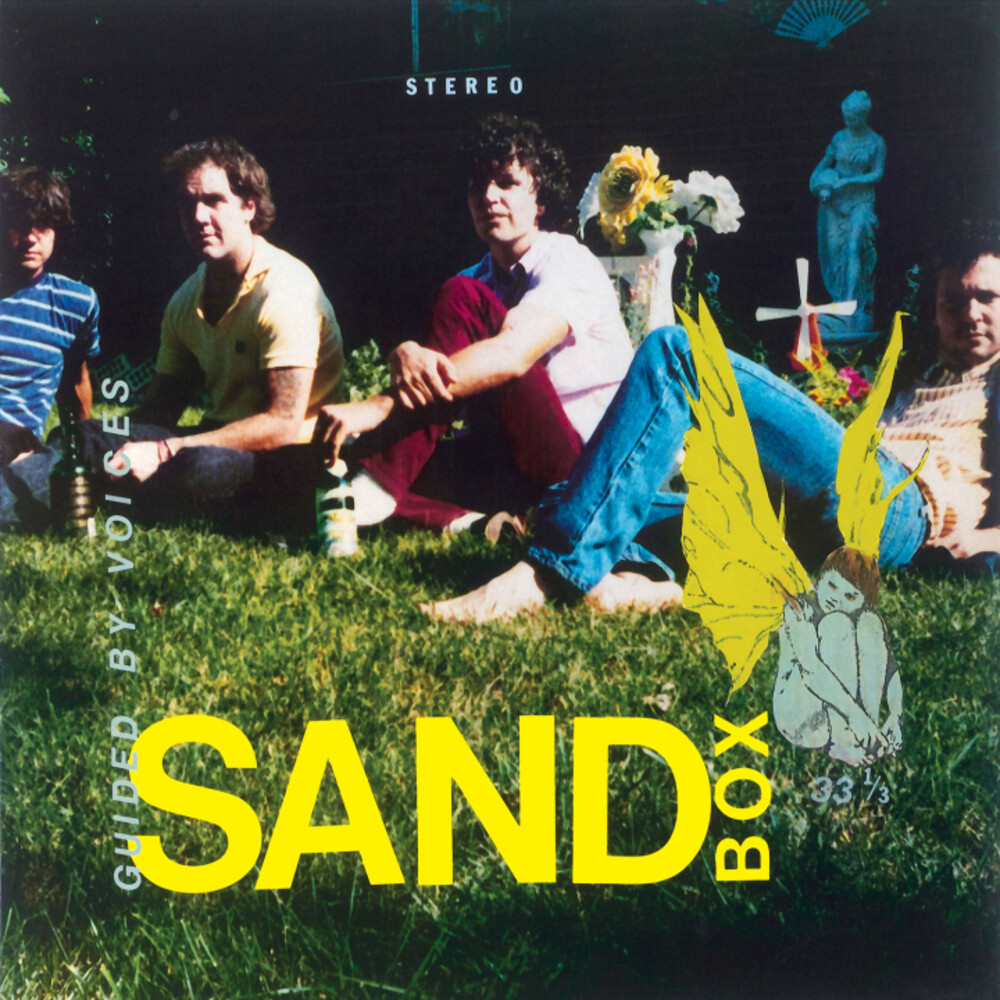 Even back in 1987, Guided by Voices was not content to release just one album in a year-Sandbox was released in the summer of that year following Devil Between My Toes' appearance that February. Likewise, in similar GBV style, the sound and approach of the two albums could not be more different. Where Devil mostly mines a darker, lo-fi psychedia, along with several instrumental explorations, Sandbox is sunny, direct, has a bigger, crunchier sound, and zero instrumentals. Where Devil has a murky and impressionistic black and white photo of a rooster for a cover, Sandbox sports a full color photo of the band relaxing on a lawn on a sunny day. Let's also recall that unlike today, in 1987 a full-color album jacket wasn't just a little more expensive than a black and white one, it was way more expensive. Right up front, the band was communicating that this was a more commercially ambitious endeavor, while behind the scenes they rented better gear for a bigger sound, and tackled more sophisticated arrangements and honed in on the hooks and harmonies of the songs.Of all the band's early self-released albums, Sandbox differs the most from the sound fans would later associate with the group, which is in itself a recommendation. Nowhere else will you hear the perfectly rendered three-part harmonies of "Long Distance Man," direct Beatles quotes, or Robert Pollard reveling in his southern Ohio drawl. It's also true that one of the more enjoyable aspects of the record is finding all the places where the band's future is indeed foreshadowed. Simply put, Guided by Voices just can't help but be a little weird, even when attempting something like a power pop album. At the close of the opening track, Pollard announces, "Ladies and gentlemen! Back by popular demand for your entertainment and spiritual enlightenment... Electric Jam Soul Aquarium!" a truly "wtf is happening here" moment. Or the stripped down gloom of "Trap Soul Door"-a track that could be right at home on nearly any later GBV album wherein Pollard intones, "Just one spark can start a hell of a fire." Little did he know how true that statement would become.
This website uses cookies to personalize content and analyse traffic in order to offer you a better experience.
I accept Learn More
back to top